Flagship researchers integrate graphene and quantum dots with CMOS technology to create an array of photodetectors. 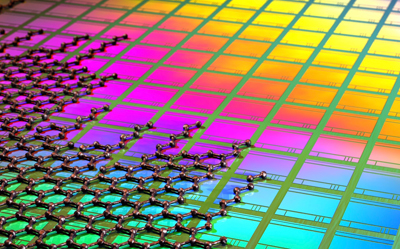 Silicon-based CMOS technology still enables most of the electronics relied on today. However, to continue the path of progress in the electronics industry new technology must be developed with the ability to integrate CMOS with other semiconductors. This is the contention of the Graphene Flagship, the EU's largest research initiative which, with a €1 billion budget, is tasked with taking graphene from laboratories into the market.

Now, Graphene Flagship researchers from ICFO, the Institute of Photonic Sciences in Barcelona, have shown that it is possible to integrate graphene into a CMOS integrated circuit. The work has just been published in Nature Photonics.

The team has combined the graphene-CMOS device with quantum dots to create an array of photodetectors, which produce a high resolution image sensor. When used as a digital camera this device is able to simultaneously sense UV, visible and infrared light. The scientists say that this is just one example of how this device might be used, other possible applications being in microelectronics, sensor arrays and low-power photonics. 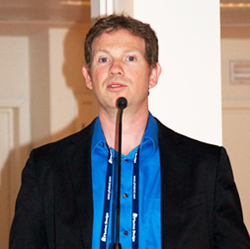 These results were enabled by the collaboration between Graphene Flagship partner Graphenea (a Spanish graphene supplier) and ICFO, within the optoelectronics work-package of the Graphene Flagship.

By creating a hybrid graphene and quantum dot system on a CMOS wafer using a layering and patterning approach, the Flagship team says it has solved a complex problem with a simple solution: first the graphene is deposited, then patterned to define the pixel shape and finally a layer of PbS colloidal quantum dots is added.

The photoresponse of this system is based on a photogating effect, which starts as the quantum dot layer absorbs light and transfers it as photo-generated holes or electrons to the graphene, where they circulate due to a bias voltage applied between two pixel contacts. The photo signal is then sensed by the change in conductivity of the graphene, with graphene’s high charge mobility allowing for the high sensitivity of the device.

Researcher Stijn Goossens commented, “No complex material processing or growth processes were required to achieve this graphene-quantum dot CMOS image sensor. It proved easy and cheap to fabricate at room temperature and under ambient conditions, which signifies a considerable decrease in production costs. Even more, because of its properties, it can be easily integrated on flexible substrates as well as CMOS-type integrated circuits.”

The commercial applications of this research and the potential for imaging and sensing technology are now being explored in ICFO’s Launchpad incubator.