Films at a rate equivalent to 5 trillion frames per second to "freeze" highest-speed chemical reactions, such as combustion. 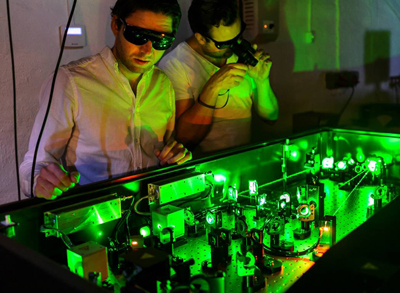 A research group at Lund University in Sweden has developed a camera that can film at a rate equivalent to five trillion (5 x 1012) images per second, meaning it can freeze events as short as 0.2 trillionths of a second. This is faster than has previously been possible.

The new super-fast film camera will therefore be able to capture incredibly rapid processes in chemistry, physics, biology and biomedicine, that so far have not been caught on film. The work has been published in Light: Science & Applications.

To illustrate the technology, the researchers have successfully filmed how light travels across a distance corresponding to the thickness of a piece of paper. Typically, this transit only takes a picosecond or so, but on film the process has been slowed down by a trillion times.

Currently, high-speed cameras capture such images one by one in a sequence. The new Lund technology is based on an innovative algorithm, and instead captures several coded images in a single picture. It then sorts them into a video sequence afterwards.

The method involves exposing the subject of the filming (such as a chemical reaction) to light in the form of laser flashes where each light pulse is given a unique code. The object reflects the light flashes, which are merged into a single photograph. These images are subsequently separated using an encryption key.

The film camera is initially intended to be used by researchers who wish to gain better insight into many of the extremely rapid processes that occur in nature. Many take place at a picosecond and femtosecond scale.

Researcher Elias Kristensson commented, “Although this scale does not apply to all processes in nature, it does to quite a few notable scenarios, for example, explosions, plasma flashes, turbulent combustion, brain activity in animals and certain chemical reactions. We can now film such extremely short processes. In the longer term, this technology could also benefit industry and other areas.”

For the researchers, however, the greatest benefit of this newly-developed technology is not that they set a new speed record, but that they are now able to film how specific substances change in the same process.

Kristensson commented, “Today, the only way to visualize such rapid events is to photograph still images of the process. You then have to attempt to repeat identical experiments to provide several still images, which can later be edited into a movie. The problem with this approach is that it is highly unlikely that a process will be identical if you repeat the experiment.” 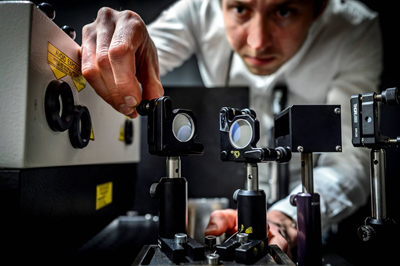 The focus of Kristensson and Ehn’s research is on combustion – an area, which is known to be difficult and complicated to study. The ultimate purpose of their particular research are is to make next-generation car engines, gas turbines and boilers cleaner and more fuel-efficient; combustion is controlled by several ultra-fast processes at the molecular level, which can now be captured on film.

For example, the researchers will study the chemistry of plasma discharges, the lifetime of quantum states in combustion environments and in biological tissue, as well as how chemical reactions are initiated. In the autumn, there will be more film material available.

In their Light: Science & Applications paper, the Lund scientists conclude: “To our knowledge, the reported methodology, FRAME, is the first to enable ultrafast 2D-videography having spectroscopic compatibility with both high spatial- and temporal- resolution, down to at least femtosecond timescales. In contrast to existing image coding techniques that rely on translation/sweeping solutions, FRAME is entirely light-based; a boost in frame rate by more than two orders of magnitude is demonstrated herein.

“The simple yet unique ability of FRAME to acquire several laser images in one recording also enables new measurement opportunities. For example, combining FRAME with currently existing laser-methods for fluorescence lifetime imaging (FLI) of single events would allow all FLI data to be collected in one image recording. Finally, the ultimate purpose of single-event videography is to use existing knowledge of ultrafast dynamics gained from studies of reduced systems to understand evolving global systems; we believe FRAME can facilitate achievement of this endeavor.”