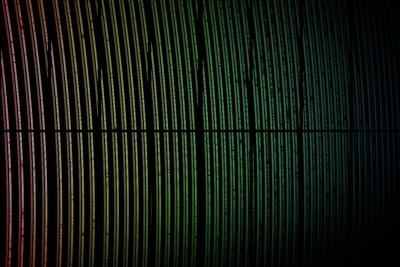 The Echelle SPectrograph for Rocky Exoplanet and Stable Spectroscopic Observations (ESPRESSO) kit, which achieved “first light” last month, will be able to detect tiny spectral changes in the light emitted by the stars around which an exoplanet is orbiting.

The gravitational effect of each orbiting planet creates a very slight “wobble” on its host star, causing a similarly tiny spectral shift. While existing equipment is able to pick up such shifts, the new instrument will improve the precision of the technique by an order of magnitude – and enable detection of much smaller planets.

Transformational kit
While HARPS attained a precision of around one meter per second in velocity measurements on ESO’s 3.6 meter telescope and has already inferred the presence of dozens of exoplanets, ESPRESSO should improve this to just a few centimeters per second, thanks to a combination of technological advances and its placement on a much bigger telescope.

Combining the light from all four of the VLT’s “unit telescopes”, it will effectively yield a light collecting power equivalent to a single 16 meter telescope.

Francesco Pepe from the University of Geneva in Switzerland is the lead scientist on the pan-European ESPRESSO project. He said in an ESO statement: “ESPRESSO isn’t just the evolution of our previous instruments like HARPS, but it will be transformational, with its higher resolution and higher precision.”

Pepe added: “ESPRESSO will be unsurpassed for at least a decade — now I am just impatient to find our first rocky planet!”

The order-of-magnitude improvement in detecting the spectral shift associated with each stellar system’s “tug of war” means that ESPRESSO should just about be able to locate an Earth-mass planet in the habitable zone of a low-mass star similar to our own sun - along with many more of the larger worlds with the approximate mass of Neptune.

Most exoplanets discovered by astronomers thus far appear to be much larger, Jupiter-sized worlds in orbits where liquid water would not be found. 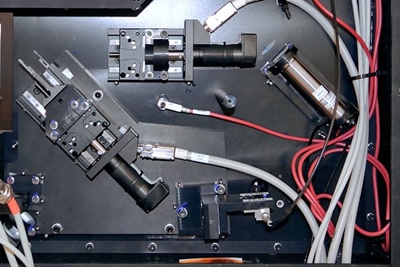 According to a paper presented at SPIE’s Astronomical Telescopes and Instrumentation conference back in 2010 by a team including Lo Curto, telescope light is fed into ESPRESSO via a so-called “Coudé-Train” optical and fiber-optic system.

Several optical “tricks”, using a dichroic splitter and including beam compression and pupil slicing, are employed before the collected light is superimposed onto the echelle grating. Two large-scale CCD sensors provided by Teledyne e2v then record a full spectrum of the split red and blue light beams.

Among the other key components of the echelle spectrometer is a laser frequency comb, which provides highly stable and accurate wavelength calibration.

“Bringing ESPRESSO this far has been a great accomplishment, with contributions from an international consortium as well as many different groups within ESO: engineers, astronomers and administration,” says Lo Curto. “They had to not just install the spectrograph itself, but also the very complex optics that bring the light together from the four VLT Unit Telescopes.”

Variable constants?
ESO adds that although the main goal of ESPRESSO is to push planet hunting to the next level, finding and characterizing relatively small exoplanets and their atmospheres, it will have many other applications.

“ESPRESSO will also be the world’s most powerful tool to test whether the physical constants of nature have changed since the Universe was young,” it says. “Such tiny changes are predicted by some theories of fundamental physics, but have never been convincingly observed.”

ESO adds that even the remarkable precision of ESPRESSO will be eclipsed after its under-construction Extremely Large Telescope (ELT) is completed. ELT will feature a similar spectrographic instrument called HIRES that will provide another precision upgrade and should enable the detection and characterization of even smaller and lighter exoplanets, including many more Earth-like worlds.

Currently in the design phase and with an unspecified “first light” date, HIRES is expected to operate at both infrared and visible wavelengths and should be able to study exoplanet atmospheres with the prospect of detecting of signs of life on rocky planets.