UK conference to show how business can capitalize on photonics 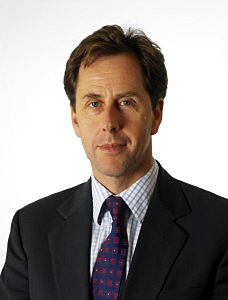 A conference to be held at the University of Southampton, UK, next month, will give attendees the opportunity to learn how to translate academic photonics research into commercial benefits. Dr Andrew Rickman OBE, Co-founder and Chairman of Rockley Photonics, will be speaking at the Future Photonics Hub Industry Day on September 13th. The Hub, led by the University of Southampton’s Optoelectronics Research Centre, is the UK’s center for supporting individuals and organizations wanting to transfer photonics research to industry.

“Nothing has changed life more in the history of humanity than the invention of the silicon electronic chip,” commented Dr Rickman. “The silicon photonics chip is the next big step. The UK has leaders in this field – notably Professor Graham Reed’s Silicon Photonics Group at the ORC and Rockley Photonics.”

Dr Rickman will give the keynote address in a day filled with exchanges between industry and academia to identify and develop opportunities. Discussions will also include the latest technical capabilities developed by Hub researchers, the impact of the EU referendum and how increasing digitization in industry is affecting UK photonics. Interested parties can register here to attend.

He will give his perspective on bridging the ‘valley of death’ that often occurs when taking scientific discoveries from the lab to commercialisation. He founded his first company Bookham Technology in 1988 and grew it from a start-up to world number two in optical communications components. Dr Rickman also worked as chairman of silicon photonics firm Kotura Inc, which was sold to Mellanox Technologies for $82 million in 2013. Soon afterwards, he founded Rockley Photonics, a developer of novel optical packet switching solutions for mega datacentre networks, where he is CEO.

“Rockley Photonics’ collaboration with Southampton is fundamentally based on the very high standard and international reputation of the Hub’s research team, as well as a close working relationship and mutual respect,” he said. “Our methodology to directing the research is having a detailed system model, with commercial understanding, in which we define ‘black boxes’. Invent the function in the black box and you have something commercially important.”

The Future Photonics Hub is led by director Professor Sir David Payne, the University of Southampton optical fibre pioneer. Professor Payne is one of many experts involved in the Hub who together provide an outstanding level of knowledge.

The Hub’s industry day will provide a platform for its researchers to showcase the latest advances in mid-IR and III-V semiconductor light sources, next-generation materials and metamaterials, with an emphasis on immediate industrial relevance and future developments. Professor Payne will open the event with a welcome address and key researchers will be available for meetings to facilitate collaborative projects. 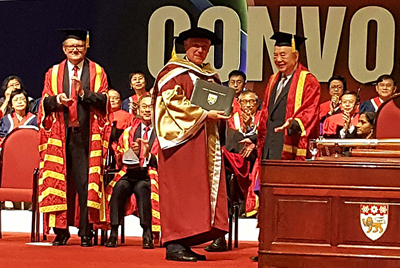 Professor Sir David Payne has been presented an Honorary Degree, Doctor of Engineering, from Nanyang Technological University in Singapore for his revolutionary work in optoelectronics.

A world-renowned scientist from the University of Southampton and the Director of the university’s Optoelectronics Research Centre, Professor Payne and his team pioneered a new form of optical amplifier in the 1980s which enabled the rapid development of the Internet.

Professor Payne is a visiting professor at NTU’s School of Electrical and Electronic Engineering. He proposed the setting up of the Research Centre of Excellence in Advanced Photonics Technologies. His efforts in galvanising the participation of various agencies and in securing funding were instrumental in the establishment of South-east Asia’s first high-tech fibre optic research manufacturing facility at NTU.

Professor Payne said, “Working with NTU, the leading young university in Asia, is a rewarding and breath-taking experience. Receiving the honorary doctorate is a delight because this honour is a reflection of all those in the Photonics Institute who have helped create a global institute in such a short time. Photonics in Singapore is now truly on the map. Moving on, NTU strives to do even better and if I can assist in developing its global influence, it will be an even greater privilege.”