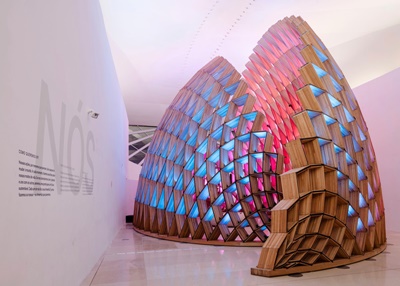 Sales of LED-based lighting products continue to grow sharply at the recently floated Philips Lighting division, which has just reported its first financial quarter as a separate entity from its parent firm.

At €1.73 billion, Philips Lighting’s revenues for the quarter ending June 30 were actually down 6 per cent on the same period in 2015, while expenses relating to the recent IPO contributed to a 40 per cent decline in net income to €57 million.

‘Satisfactory’ performance
Declaring the quarter as “satisfactory”, CEO Eric Rondolat said that each of the Philips Lighting business lines were performing as expected, pointing out the ongoing transformation in the lighting industry caused by the switch to solid-state technology and increased connectivity.

He said: “Our total LED-based sales grew by 25 per cent in the quarter and our systems and services businesses saw double-digit growth, driven by our continued extension of lighting into the Internet of Things.”

That pace of growth means that LED-based technology now accounts for 53 per cent of the company’s overall sales, compared with 40 per cent a year ago and 34 per cent during the same period of 2014.

At €346 million, sales of LED lamps (as opposed to all LED-based products) were up 16 per cent on a constant-currency basis, with the division’s profitability also up thanks partly to better productivity.

In an analyst conference call, Rondolat highlighted Philips’ recent introduction of what it claims to be the first LED retrofit range for professional compact fluorescent lamps (CFLs). The CEO is hoping that Philips' “CorePro LED PLC” will replace some 150 million CFLs across Europe, with each of the lamps expected to deliver 60 per cent energy savings.

“You just click the LED lamp in, in place of the CFL,” Rondolat told investors. “No change in ballast is needed.”

Markets appeared to agree with the “satisfactory” sentiment, with Philips’ stock price holding onto recent gains that have pushed it back above May’s IPO launch price. 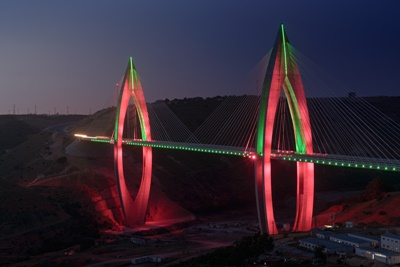 Said to represent a “massive make-over” of the Brazilian city’s major paths and tourist areas, they include the port region of Porto Maravilha, where 750 new streetlights are expected to consume only half the energy required by conventional alternatives.

Meanwhile a major road that connects Rio’s Itaboraí region to the Itaguaí Port has been upgraded with more than 4000 solar-powered LED lighting fixtures. Philips partnered with Kyocera Solar on the project, which sees a solar panel integrated within each luminaire.

Color Kinetics is also responsible for a spectacular deployment of LED lighting on Morocco’s new Mohammed VI road bridge near Rabat (shown above). At 950 meters long and carrying six lanes of traffic, the bridge is supported by two 200 meter-high towers featuring 160 cables.

The LED lighting system is expected to operate with up to 75 per cent better energy efficiency than an equivalent system based on conventional technology.