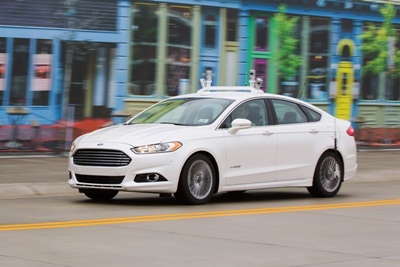 Headed up by Sabbir Rangwala, the automotive lidar business unit will look to sell Geiger-mode lidar cameras based around Princeton’s own SPADs. The technology - already widely used in Earth observation studies for defense and mapping applications - is said to be capable of sensing beyond 200 meters, a longer range than rival lidar systems.

“Safety is a pre-requisite for automated driving, and long-range lidar is a critical part of the sensor suite for enabling safety at different levels of automation,” said Rangwala in a company release. “Princeton Lightwave is the only company with Geiger-mode lidar sensors operating beyond 1400 nm and is uniquely positioned to leverage this technology into the automotive market.”

The long wavelength is critical from an eye safety point of view, with laser pulses fired in all directions to build up a picture of a car’s immediate environment in real time.

Sensitivity allows diode laser systems
Lidar appears to be gaining traction as a preferred technology for autonomous vehicles, thanks to its ability to provide three-dimensional object recognition in real time and the advent of “big data” processing, cloud computing and low-cost, compact, systems.

Counting against its use until now has been the relatively high cost and complexity of lidar when compared with more conventional technologies such as cameras, GPS-like data, or radar.

But with Princeton joining the likes of Canada-based LeddarTech, which is working on solid-state lidar technology, as well as Quanergy Systems and Velodyne Lidar with their "hockey-puck" scale technology plus Ford's recent backing of lidar mapping start-up Civil Maps, the entire ecosystem is developing rapidly.

Princeton’s initial product for self-driving car sector will be the “GeigerCruizer” lidar, which the company says is able to detect low-reflectance objects at large stand-off distances.

Once of the key advantages of Geiger-mode lidar is its high sensitivity – the approach is capable of single-photon operation – while all of the semiconductor components used in Princeton’s products can be made in large volumes to reduce costs at scale.

That sensitivity means that very long ranging distances can be achieved with conventional laser sources, but also that medium ranging is possible with weaker and lower-cost diode lasers that are suitable for automotive and other high-volume applications.

According to Princeton, the US Auto Alliance has recommended Geiger-mode lidar for autonomous vehicles precisely because of this higher sensitivity.