Quantum R&D projects take off in UK and in Europe

To probe opportunities for the photonics-reliant quantum-based technologies. 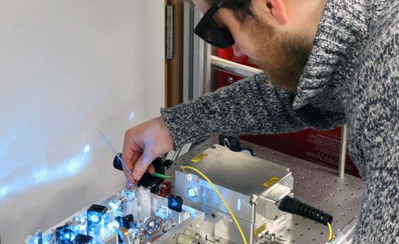 The UK Government and the European Union are investing in quantum technologies to realize their potentially transformative impact for business and society. Separate UK national and Europe-wide projects have been initiated with broadly similar objectives of adapting photonics-based quantum technologies into solutions, systems and products.

Certain markets such as the military, geological engineering, next generation computing, communications and sensing in general are expected to capitalize on the significant opportunities emerging from quantum-related R&D.

In May of this year, the European Commission announced the launch of a €1 billion quantum technologies flagship, which will involve universities and commercial partners across the continent. Günther Oettinger, Commissioner for the Digital Economy and Society, speaking at the Quantum Europe Conference, organised by The Dutch presidency of the EU, the European Commission and the QuTech center in Delft, said his objective is “to reinforce European scientific leadership and excellence in quantum research and in quantum technologies”.

In June, a day-long conference at the University of Birmingham,the UK’s Quantum Technology Hub for Sensors and Metrology, profiled the UK’s network of “quantum hubs”, which are housed in a group of leading research universities, as well as the market opportunities and developing partnerships with industry.

Speaker Dr Richard Murray, who works as Lead technologist, Emerging Technologies and Industries, at Innovate UK, told the conference that quantum technologies are “already everywhere whether in mobile phones, supporting the Internet, considering the physics involved, any technologies that depend on bandgap transitions.”

Murray also identified two quantum effects, showing much promise for further research and development, which are not yet used in commonplace devices: superposition and entanglement, which, he said, offer opportunities in sensing and encryption for data security, respectively. 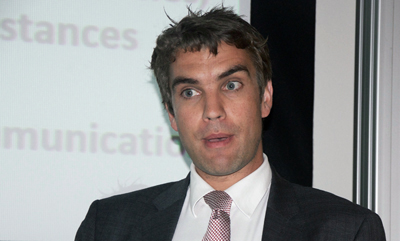 Interviewed by optics.org, Dr Murray considered the UK and European quantum projects and how they could operate together and in parallel to achieve their objectives.

So how will the UK’s project work next to the European project?

Dr Murray said there are three key strands which why it is important that the UK and European programs are closely aligned:

”The first is that it is helpful to have close networking between international programs and national programs considering the global opportunity, which really means an eventual global supply chain. That will bring costs down.

”Secondly, the closer the collaboration between the different countries, then the faster that will help us all to develop products from this area of research.

”The third issue is a practical one, considering that skills that quantum technology research and development needs are quite specific and difficult to obtain. We need people who at the same time have the science skills and who understand the market place.”

He added, “We now know what the UK is doing and what the European project is doing so we will make sure that there is complementarity between the two programs. In the end we are working towards a greater understanding of what everyone is doing. Similarly it will also be important to know what is happening elsewhere.”

”When we set up the hubs, we tried to avoid some of the big issues that were already under development in the US, like super computing research being conducted in the US by Intel, Microsoft and IBM.’

Furthermore because the research and development work is currently pre-competitive it is expected to encourage commercial participation, such as has already begun involving the likes of e2v and M-Squared Lasers.

Does Dr Murray believe that the UK’s recent referendum, which reflected the country’s wish to quit the European Union, will have a negative effect on quantum research, whether nationally or internationally?

He said, “The UK will continue to have its own mechanism for funding, I think the UK’s effort will always be smooth and collegiate but the real question will be how fast can we achieve our objectives? One of our aims is to be first to market with quantum-based technologies and this will be one of the issues that is most likely to be affected by the UK’s EU Brexit referendum decision in relation to the parallel project and the consequences of Brexit.

”We might not be able to speed up our project’s work because of the UK’s potential separateness. But I don’t think it will cause any huge disasters in the UK program by not working so closely with the Europeans.”

”Also, there are many quantum R&D projects happening around the world and we could also be interacting with say Canada, the US or Singapore. These are also regions that we in the UK should be understanding better.’