Commercialization of 'HeartLight' system being finalized after successful 350-patient trial. 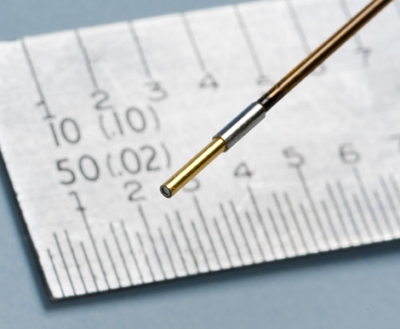 An endoscopic laser system designed to treat patients suffering from abnormal heart rhythms has gained pre-market approval from the Food & Drug Administration (FDA), paving the way for its imminent commercialization in the US.

The “HeartLight” system from the Massachusetts company CardioFocus, which is based around a 10 W infrared laser diode, works by ablating lesions connected to a patient’s pulmonary vein – believed to be the root cause of atrial fibrillation (AF) symptoms like heart palpitations.

It is already used in Europe but last year the company completed a large multi-center trial of the system in which 353 patients with “paroxysmal” AF – a temporary form of the condition – were treated across 19 different clinics and hospital in the US.

'Early experience promising'
Results from the trial showed that physicians who were relatively new to the HeartLight system could apply it effectively, and that the majority of patients (61 per cent) treated had not experienced a repeat episode of AF at a 12-month follow-up.

"Despite minimal prior experience, the safety and efficacy of [laser] ablation proved non-inferior to radio-frequency ablation for the treatment of paroxysmal AF," concluded the study authors.

However, in a separate Journal of the American College of Cardiology paper the Los Angeles-based AF specialists Eric Buch and Kalyanam Shivkumar pointed out:

"These initial randomized results are not yet compelling enough to predict that the laser will become a major energy source in catheter ablation of AF, but the early experience is promising and is another piece of evidence that the days of point-by-point ablation for PVI [i.e. pulmonary vein isolation] are numbered."

They add: "One day we might routinely visualize changes in tissue as we perform catheter ablation, allowing us to see what has so far been invisible...[but] we still need a better understanding of the mechanisms of this devastating arrhythmia to improve therapeutics."

No X-rays required
According to CardioFocus, AF is the most common cardiac arrhythmia and it is believed to affect more than 33 million people globally. Existing catheter-based treatments of the condition have already carved out a market worth more than $1.5 billion that is currently growing at around 15 per cent per year.

“With the granting of [pre-market] approval, CardioFocus becomes one of very few manufacturers possessing a specific indication for catheter ablation therapy of paroxysmal AF,” said the Marlborough company. “Specifically, in the US, HeartLight is now indicated for the treatment of drug refractory recurrent symptomatic paroxysmal AF.”

One of the key advantages of the HeartLight system, notes CardioFocus, is that it does not require any X-ray or other mapping support for guidance. Physicians are instead able to control the application of laser energy visually via an endoscope to isolate the problematic pulmonary veins.

‘Short learning curve’
Co-principal investigator Andrea Natale, executive medical director at the Texas Cardiac Arrhythmia Institute in Austin, Texas, said in a statement issued by CardioFocus: “This was a large study and the device clearly met both primary safety and efficacy endpoints. I am confident these results, produced by physicians who were new to the laser balloon, demonstrate the promise of the HeartLight technology in routine clinical use.”

Natale’s co-principal Vivek Reddy, director of cardiac arrhythmia services for The Mount Sinai Hospital, added: “Novel medical devices have a challenging path to approval and are evaluated through intensive comparison with control arm devices that are inherently more familiar to the study investigators. The short learning curve of the new HeartLight System will enable even new users to quickly and efficiently deliver durable therapy to their patients.”

CardioFocus says that it is now finalizing plans to commercialize the system in the US. HeartLight is already in use in Europe, where earlier clinical studies are said to have been highly successful, with up to 80 per cent of patients reporting no recurrence of AF a year after treatment.

To date, more than 3400 patients worldwide have been treated with the HeartLight laser ablation system, adds the company.