Call for a dedicated 'day of light' commemorating the first laser, as final report on IYL2015 is presented at UNESCO headquarters. 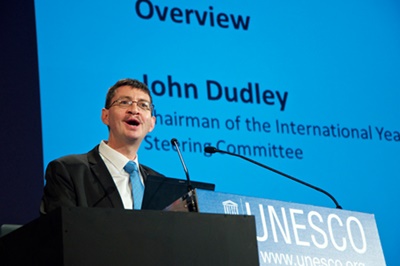 The final curtain may have come down on the official International Year of Light (IYL2015) celebrations, but continued efforts to unite scientists in the field with politicians are "imperative" if the United Nations is to meet its sustainable development goals.

That was one of the take-away messages at the presentation of the final report on IYL2015, which took place in Paris at the headquarters of the United Nations Educational, Scientific and Cultural Organization (UNESCO) earlier this week.

Making a difference
In the final analysis, IYL2015 is reckoned to have resulted in an extraordinary 13,168 different events across 147 countries.

“I believe that everyone involved in IYL2015 can feel immensely proud of what has been achieved,” wrote John Dudley, chair of the IYL2015 steering committee and the prime mover behind its establishment, in his foreword to the final report.

He added: “We can also feel confident that many of the partnerships established during IYL2015 will continue. It is sometimes difficult to see how we as individuals can contribute to solving issues of global importance, but [it] has provided a timely reminder that through our commitment to education and outreach, we can really make a difference.

“It is now up to us to build on what we have learned and what we have accomplished during 2015 to continue to work together for the betterment of all.”

But while that impact is set to continue through legacy efforts such as new photonics outreach efforts in Europe, scholarships at the African Laser Centre, and the creation of an Ibn Al-Haytham International Society, it is felt that greater co-ordination between the technological and political worlds will be needed to achieve key development goals such as clean power generation and broadband communication across Africa.

Science and politics
Eugene Arthurs, CEO of optics.org publisher and IYL2015 founding partner SPIE, said in Paris that “divisive communication and value gaps” separating the spheres of science and politics must be overcome if the UN’s global sustainable development goals are to be met.

But he added that actually making effective use of such technologies was dependent on political action, and on effective communication and cooperation – at a time when aspirants in an increasingly fractious political world have showed apparent disdain for science and evidence-based decision-making.

Arthurs stressed that continuing the conversation between science and politics was imperative. He said: “Politicians need to understand the importance of light-based technologies to the safety and well-being of citizens, and the photonics community needs to keep sharing this message including updates as new capabilities are developed.” 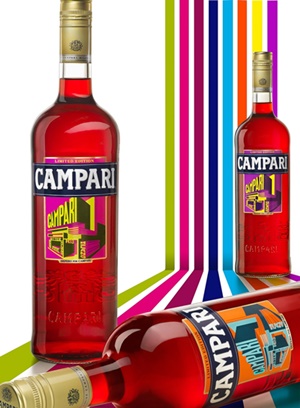 In Paris, Arthurs and Dudley were joined by other IYL2015 supporters to deliver the official final report to Flavia Schlegel, UNESCO’s assistant director-general for natural sciences.

Call for annual “day of light”
Describing the IYL2015 report as "the best final report that I have seen so far”, Schlegel congratulated the various partners who contributed to the vast array of events around the world, while Ana María Cetto from the Instituto de Física, UNAM, and director of the Museum of Light in México, called for a new annual celebration of photonics technology, in the form of a designated “day of light”.

She suggested that this should take place on May 16, the anniversary of the first successful firing of a laser. Cetto said: “Many activities were established [during IYL2015] that should not stop. Establishing a Day of Light could create new opportunities to continue to work together.”

Among the many findings in the 244-page final report (available via the light2015.org web site) were an estimate that the total cost of the project exceeded €15 million, but generated a degree of publicity equivalent to more than ten times that amount.

The direct reach of all IYL 2015 activities worldwide is also reckoned to have exceeded 100 million people.