Rapid growth in life sciences applications behind sharp rise in demand for the spectroscopic technique. 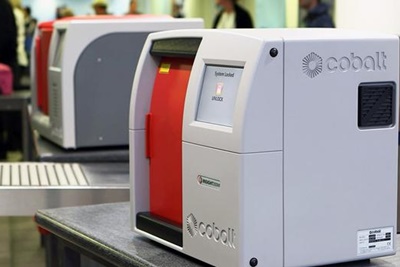 An analyst at the market research firm BCC Research is predicting strong growth in the market for Raman spectroscopy, thanks to a combination of recent technological advances and an expanding applications base – particularly in life sciences.

The technique, based around inelastic scattering of incident light from a laser, has historically suffered from the drawback that the Raman-shifted signals are extremely weak, and easily swamped by stronger laser-induced phenomena like fluorescence.

But the huge advantage of Raman is its ability to identify molecules based on their “fingerprint” signal patterns, which relate to unique vibrational and rotational modes – and with the advent of ultra-sensitive detectors and sophisticated time-gated electronics, the signal weakness is becoming less of an issue.

10% CAGR
BCC’s Sinha Guarav reckons that the market for all Raman spectroscopy equipment is set to rise from $1.1 billion this year to $1.8 billion by 2021, reflecting an average annual growth rate of close to 10 per cent.

Guarav identifies the major application areas as life sciences, semiconductors, carbon materials and materials science. Of those, life sciences is the largest, currently worth just over $400 million and expected to grow to around $660 million over the next five years.

Because of its molecular fingerprinting capability, Raman offers huge potential for differentiating healthy and diseased tissue, for example distinguishing malignancies for cancer screening and helping surgeons remove tumors more effectively. Trials of intra-operative Raman during brain tumor surgery are in progress, with further applications such as colonoscopies and melanoma screening at various stages of evaluation.

However, the fastest-growing application sector for Raman is reckoned by Guarav to be the semiconductor market, expanding at a compound rate of nearly 11 per cent from $160 million in 2016 to $270 million by 2021.

Security screening
One of the higher-profile applications of Raman is airport security screening of liquids, with UK-based Cobalt Light Systems’ “Insight 100M” scanners now deployed at more than 70 airports, including many of Europe’s major hubs.

The company, a spin-out from the Rutherford-Appleton Laboratory, has recently released an upgraded version of the equipment – which uses the spatially offset Raman spectroscopy (SORS) technique - that is said to reduce false alarm rates to just 1.5 per cent.

The fingerprinting nature of Raman is highlighted by Cobalt’s claim that, in most cases, threat materials are identified directly from the scattered-light signals detected.

Guarav says that the largest single chunk of the Raman market, in terms of technology type, relates to probe-based spectroscopy.

“In terms of sampling techniques, surface enhanced Raman scattering (SERS) accounted for the largest market share, with 40.9 per cent of the global market in 2015,” said the analyst. “Increasing demand for real-time analysis of samples in the harshest conditions is expected to propel the demand for SERS during the forecast period.”

Among the market restraints for Raman, Guarav cites the lack of a skilled work force and high installation costs, although systems such as Cobalt’s are noted for their user simplicity, meaning that only minimal training is needed.