Catapult center to receive total funding of £50 million to develop optoelectronic and other devices based on III-V semiconductors. 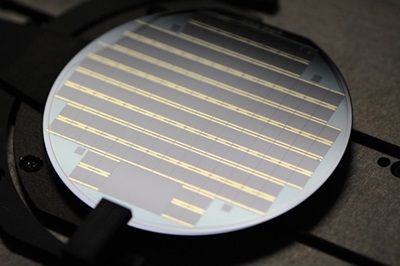 Plans to set up a regional cluster for developing compound semiconductor devices in Cardiff, UK, have been boosted further with a £10-million-per-year commitment from the UK government.

Following news of a £17.3 million grant from the UK’s Research Council Partnership Fund in May 2015, and £12 million pledged by the local Welsh Government for key equipment, the funding will support the establishment of the latest “Catapult” technology development hub.

With academic expertise at Cardiff University, and the presence of the dedicated foundry company IQE on the outskirts of the Welsh capital, the region is already an important location for the development of advanced photonics, radio frequency (RF) and power devices based on compound semiconductors.

IQE’s CEO Drew Nelson said: "The launch of the £50 million catapult is fantastic news for high-level manufacturing in Wales and for the Welsh economy. The Compound Semiconductor Catapult will help provide the critical mass to launch the first compound semiconductor hub of its kind in the world, taking great academic research and seamlessly turning it into high-volume manufacturing, securing a global industrial and manufacturing platform for Wales and the UK."

The central government commitment was revealed by UK Chancellor of the Exchequer George Osborne during a trip to Cardiff last week. In a speech at the Cardiff Business Club, Osborne said:

“We will establish a new UK national center that will develop the semiconductors that are at the heart of modern technology. It will be part of our network of research and development catapults.”

Local knowledge
Said to be the result of two years’ negotiations, the compound semiconductor catapult will build on existing plans to establish Cardiff University’s new Institute for Compound Semiconductors.

The university is working directly with IQE - whose US operation is also a partner in the AIM Photonics national program - to create the Compound Semiconductor Centre (CSC), a joint venture that aims to bridge the familiar “valley of death” into which new technologies often fall.

IQE is contributing equipment valued at £12 million to that venture, with the sum being matched by an equivalent cash contribution from Cardiff University. The company is also licensing intellectual property.

That joint venture was announced shortly after the university hired Diana Huffaker, previously at the University of California, Los Angeles (UCLA), to establish a “world-class” laboratory to develop optoelectronic and other devices.

Also regarded as a leading researcher in quantum dot devices, Huffaker’s UCLA lab recently spun off some of that expertise in the form of start-up company Nanopixel Technologies. In 2013, the firm won Small Business Technology Transfer funding to develop a new kind of mid-infrared detector based on InAsSb nanopillars.

Since Huffaker’s appointment another optoelectronics expert, Wyn Meredith, has joined the Cardiff cluster. In November 2015 the CSC announced that Meredith was to become the joint venture’s director. He was previously the commercial director at Scotland’s Compound Semiconductor Technologies Global (CST Global).