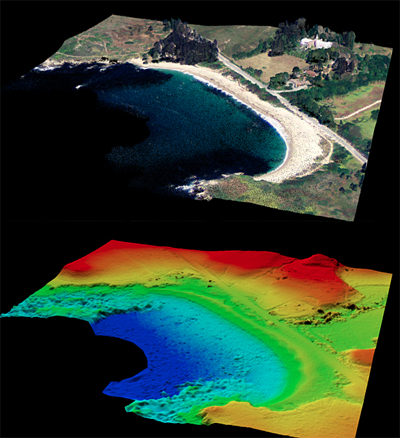 Sigma Space is providing single-photon LiDAR (SPL)-generated point clouds from a test area in the US state of Connecticut to two evaluating companies contracted by the United States Geological Survey to assess SPL capabilities. SPL is a disruptive LiDAR technology created by Sigma Space, which enables the collection of elevation data at much higher speeds and resolution than conventional LiDAR (light detection and ranging) systems.

While SPL is now a well-developed technology, already in use by the US DoD and in commercial data acquisitions, this new project is the first attempt by USGS to validate the system as an enabler for its 3DEP program, which is intended to create a comprehensive 3D map of the US.

Dr. Marcos Sirota, CEO of Sigma Space, said, “The key concept behind the high efficiency of SPL is its ability to use single photons to make a range measurement. Conventional LiDARs use hundreds or thousands of photons per measurement. That is why our system is so much faster.

"Furthermore, the detector physics and associated electronics enables our system to operate in full daylight, unlike other photon-sensitive technologies that can operate only at night." Also, because SPL uses green laser light it has both topographic and bathymetric capabilities from a single LiDAR source.

Sigma Space personnel have now collected SPL data for the entire test area in just one weekend, with high reslution. In addition, they simultaneously collected RGB imagery for a large part of the test area at 4cm resolution, using a MIST camera, courtesy of Visionmap. 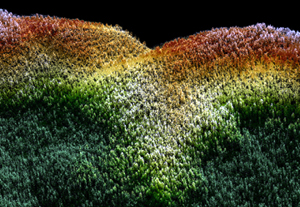 SPL can penetrate semi-porous targets such as vegetation and fog.

SPL technology is also soon to be demonstrated in space. NASA’s ICESat II mission, scheduled for launch in 2017, has adopted SPL as the LiDAR technique for its Advanced Topographic Laser Altimeter. The primary objective of the mission is to measure polar ice sheet elevation change and sea ice thickness.

Sigma provided the timing and on-board processing electronics for the 64-channel, single photon LiDAR system. Sigma also provided the optical assembly for the pointing determination system which tracks the laser and telescope pointing with respect to the star field, in the instrument.

Sigma Space says that Single Photon LiDAR is up to 30 times faster than most conventional airborne LiDAR operating today: “its speed and rapid coverage lead to affordable and timely 3D mapping for the most effective decisions and policy,” the company states. “Due to its multiple-stop, fast-recovery detectors and timing-electronics, SPL can operate effectively in daylight and penetrate semi-porous targets such as vegetation, tree canopies, ground fog, optically thin clouds, and water columns.”

Said to be “orders of magnitude more efficient than conventional LiDARs”, SPL delivers superior swath, spatial resolution, and density of range returns. A high speed scanner is synchronized to the laser pulse train and can generate a wide variety of patterns allowing users to see the fine details such as individual power lines and forest canopy structure from altitudes of 8000m. The transmitter and receiver share a common telescope and scanner resulting in resolution accurate to centimeters thanks to the sub-nanosecond pulse rate.

A range of “dual-wedge” scanners allow users to choose between a wide field of view with moderate resolution and a narrower field of view with higher resolution to suit varying mission requirements. Different scan patterns allow for image collection from applications as varied as high-altitude wide-area mapping and reconnaissance, submersible and mine detection, biomass estimation, and cryosphere and ice elevation mapping. The data collected by SPL can be completed with ground images taken by the integrated high-definition camera.