Core mission of AIM Photonics will be to serve DoD needs, but commercial benefits will emerge from a new economy of scale for integrated photonics. 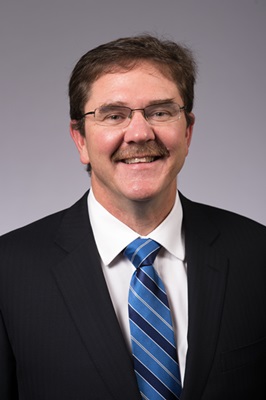 by Ford Burkhart
While details about the new US national manufacturing hub now known as AIM Photonics are still emerging, it is already delivering something that has been missing for years: hope that the fragmented American optics sector can pull together and recapture world leadership fabricating innovative optical devices.

In the last decade or so, the feeling is that Europe has moved ahead with unified photonics efforts, aided by cash from the European Commission. The hope is that the US hub, based in Rochester, New York, will stimulate large-volume production of integrated photonics products for fields ranging from big data to medicine, astronomy to defense and more.

“Going back two years, it seemed there was no way the companies would all come to the table,” said Alan Willner, chair of the steering committee of the US National Photonics Initiative and a professor at the University of Southern California (USC). “This team has enlisted an enormous number of companies and universities, coast to coast. They did a fantastic job.”

Core mission
Implementing the operational plans will take the first few months, says Robert Clark, the institute’s board chairman and the University of Rochester’s senior VP for research.

Clark adds that the core mission will be to serve the needs of the US Department of Defense (DoD), which organized the competition for the initial matching grant of $110 million. The manufacturing capabilities resulting from this effort will also serve small to medium-sized companies seeking to commercialize integrated photonics components.

Clark said there are more than 100 such companies in the Rochester area, in optics, photonics and imaging. Their work ranges from designing lenses for the recent New Horizons mission to Pluto, to lasers and optical systems used in Imax theaters.

AIM Photonics will respond to a “mixed pull,” Clark said. The DoD wants it to help secure US leadership in integrated photonics “so it will serve the DoD first and foremost.” But by bringing economies of scale to that new area, it should also further drive consumer markets that will help decrease costs for the application of integrated photonics generally, Clark said.

“If you think about it, we have had lasers with us for 50 years roughly,” Clark added. “We are a nascent industry. [In electronics], we’ve gone from basic electrical components like resistors to transistors and ultimately fully integrated circuits on chips. Now, we have an opportunity to integrate optics on chips in an analogous manner.” 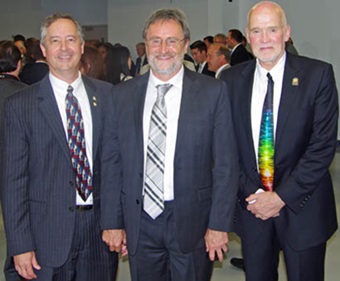 Tier 1 partners
The initial AIM Photonics decisions will involve the “Tier 1” academic partners, including the University of Rochester, SUNY Polytechnic, Rochester Institute of Technology, MIT, Columbia, UC Santa Barbara, UC Davis and the University of Arizona, along with the Tier 1 industry group: 11 corporate giants including the likes of Intel, GE, HP, and IBM.

Clark said that those Tier 1 partners were chosen to meet the DoD’s needs. “That’s how the team was assembled. It was expertise-based,” he said.

“This is a sustainable manufacturing operation,” Clark told optics.org. “We have academic institutions engaged in the translation of research into prototypical things that can go into packaging, testing, assembly and development of products.”

With 124 partners in 20 states, AIM Photonics will have access to a total pool of $610 million in funds over five years, including the $110 million DoD federal matching grant, plus $250 million pledged by New York state and the rest from industry and other sources.

Initial press reports suggested the effort would hire up to 100 scientists and others as core staff, and would gear up for projects within five months. They said early work would be done at an electronics foundry at the SUNY Polytechnic Nanotech Complex in Albany run by Michael Liehr, who is now the CEO of AIM Photonics, as well as at the SUNY Polytechnic facility in Greece, New York. Liehr said start-up planning with the DoD could take up to three months.

Self-sufficiency plan
A critical factor in judging the long-term success of the manufacturing hub will be whether it can become a truly self-sufficient center following the initial five-year period of federal and state-level funding.

All sides say they expect the up-state New York hub, home to the one-time giant Eastman Kodak and faded heavy hitters like Bausch + Lomb and Xerox, to be a “game changer” for making photonics-based products in the US. The region certainly has history on its side, but the more prosaic questions involve how exactly it is going to work.

On the west coast, part of the answer will come from UC Santa Barbara, where the areas of expertise include integrating lasers onto silicon – a technology yet to make the leap from lab to fab. Silicon photonics is also a focus over at MIT, and key roles in the AIM Photonics setup will be played by faculty members including Michael Watts and Lionel Kimerling.

At the University of Arizona, Thomas Koch, the dean of the College of Optical Sciences, or OSC, will chair the Technology Advisory Board for AIM Photonics. Clark said Koch “was one of the architects in helping pull this off.” Koch worked at Bell Laboratories and then at Lucent Technologies as its vice president of technology platforms before becoming the OSC dean. Major contributions are expected from OSC faculty members including Nasser Peyghambarian, Robert Norwood and Stanley Pau.

USC’s Willner said the ability to streamline the prototyping capacity through AIM Photonics would have an impact on many areas of US high-tech manufacturing.

“We are looking for this center to enable low-cost prototypes and to fabricate, package, assemble and test, to do all these wonderful things,” he said. “It will create new software tools and an enormous number of different manufacturing technologies. We can get behind a few platforms, and standardize things, make things easy to design.”