Prizes for Young Women and Young Entrepreneur in Photonics will be presented at Laser WOP 2015.

The European Optical Society, together with the LIGHT2015 project, has this week announced the LIGHT2015 Award winners, the competition for which opened in March. The Young Women in Photonics Awards to honor young female scientists who have made outstanding contributions to photonics goes to Na Liu (Max Planck Institute for Intelligent Systems) in the Fundamental category and Nathalie Vermeulen (Photonics Team, BPHOT), Vrije Universiteit Brussel (VUB)) in the Applied/Engineering category.

The winner of the Young Photonics Entrepreneur Award is Garret D. Cole (Crystalline Mirror Solutions). The awards will be presented during the World of Photonics Congress in Munich, Germany, on Wednesday 24 June. 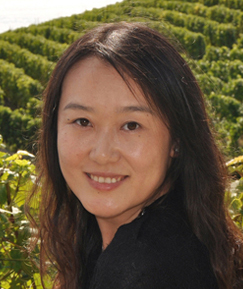 Seppo Honkanen, President of the EOS commented, “We were delighted to receive so many outstanding applications for the Young Women in Photonics Award. With such a broad range of research areas, we decided in the end to give two awards in different categories: Fundamental and Applied/ Engineering. The large number of excellent candidates suggests that measures to attract women into photonics are having a positive effect, but we believe there is still much more to do. As a legacy of the LIGHT2015 project, the EOS will therefore plan to continue giving these awards in the future, in connection with its bi-annual EOSAM Symposium." 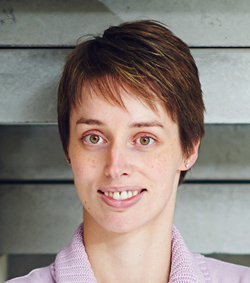 In the Applied/Engineering category, Dr. Nathalie Vermeulen has been awarded for “introducing a disruptive model for the nonlinear process of Coherent Anti-Stokes Raman Scattering and employed it to conceptualize a novel cooling technique for Raman lasers. She also came up with a groundbreaking phase matching approach for on-chip nonlinear wavelength converters, enabling device manufacturing in photonic foundries with standard fabrication rules.

Today, Dr. Vermeulen impacts mid-infrared solid-state laser development, and targets next‐generation nonlinear photonic devices based on graphene.” Nathalie Vermeulen (age 33) is professor in the Brussels Photonics Team at the Vrije Universiteit Brussel, Belgium. Her research is focused on generating light with multiple wavelengths in optical chips. In 2013 she obtained a prestigious European ERC Starting Grant, and she also became coordinator of a European FET project. 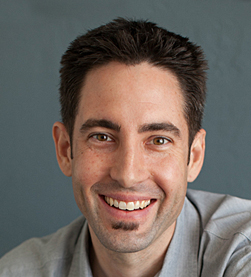 The LIGHT2015 awards consist of a diploma and an honorarium of €2500. In addition, special recognition to young women in Photonics will also go to Francesca Calegari (National Research Council of Italy – Institute for Photonics and Nanotechnologies (CNR – IFN) and Camille-Sophie Bres (Ecole Polytechnique Fédérale de Lausanne (EPFL)) for their contributions to Photonics. The Award ceremony will be held in Munich during the World of Photonic Congress on Wednesday 24 June at 16:00-16:20. The winners will be announced on Tuesday 23 June within the CLEO EUROPE- EQEC 2015 Plenary Session and Awards Ceremonies.