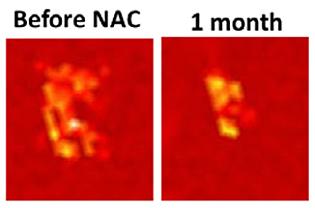 The migration of photoacoustic (PA) imaging technology from bench top to bedside, long expected thanks to its potential as an alternative to MRI and CT scanning in early-stage cancer detection, continues to take shape.

Use of the technique in breast cancer screening has always been identified as a likely clinical success story - not least by PA pioneer Lihong Wang - as it could offer ways to improve upon the high levels of false-positive results or other uncertain conclusions that current testing methodologies can deliver.

Further proof of that suitability should come from a small-scale clinical trial carried out at the University of Florida, the initial findings of which have now been released. The study used a photoacoustic tomography (PAT) platform developed by the university and now licensed to a new company, Advanced fPAT Imaging Inc (AFPII).

Company CEO Michael Addley told Optics.org that the clinical trial had involved a modest group of between 20 and 25 patients. "This is a small proof-of-concept study, that has had amazing results," he said.

The trial used AFPII's JBI-360 imaging system, a platform developed from the work of Huabei Jiang at the University of Florida and which employs a functional photoacoustic tomography - or fPAT - approach. In use, maps of total hemoglobin concentration (HbT) and oxygen saturation (O2%), two key indicators of the metabolic activity associated with cancerous and pre-cancerous tissues, are reconstructed using a finite element algorithm to give valuable information about tumor location and sizing.

Effects of chemotherapy
The study used the JBI-360 to both detect malignant lesions and to monitor the effects of chemotherapy on invasive mammary carcinoma and high-grade ductal carcinoma. According to the initial findings, the fPAT images clearly revealed changes in HbT and O2% values in the area of the tumor during the treatment period, and indicated a 60 percent reduction in the size of the tumor region.

Addley commented that further results and conclusions from the trial will follow. "Dr Jiang is working on a clinical paper with more in-depth discussion on his findings, to be published later in the year," he said.

The combination of sub-millimeter resolution and functional monitoring of chemotherapy effects could allow the platform to be a significant step forward in cancer treatment. Addley indicated that AFPII is now in the early stages of fund raising for a formal commercialization phase, and intends to develop the JBI-360 into a clinical breast imaging device based on the fPAT technique.

"This clinical result shows the potential of the JBI-360 as a real-time tumor monitoring tool, that allows the oncologist and the radiologist to continually interrogate the physiology of a tumor without subjecting the patient to the potential hazards of repeated radiation exposure," he said. "Clinicians may now monitor treatment results and adjust protocols based upon tumor progression or regression during chemotherapy without the patient undergoing painful breast compression or injections of contrast agents."

(This article has been amended since first publication to describe the JBI-360 imaging system more accurately.)