Optics for more efficient LED street lighting and a high-concentration PV system among the latest projects to get Horizon 2020 support. 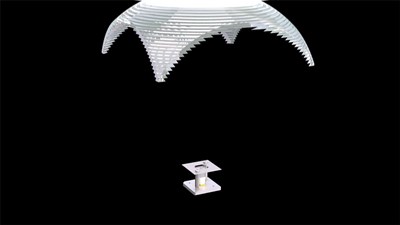 Several more optics and photonics technologies have won backing in the latest round of Europe’s dedicated funding stream for small and medium-sized enterprises (SMEs).

The Horizon2020 “SME Instrument” selected 42 new proposals for Phase2 funding, awarding a total €68.5 million to projects across the continent. The winners each receive up to €2.5 million (up to €5 million for health-related projects) to develop business plans and aid the transfer of technology to the commercial realm.

Among those selected in the latest round are the Hungarian company Hungaro Lux Light with a project dubbed “Optilight”. It is aiming to increase the efficiency of LED street lighting by 15 per cent with advanced optical design.

Founded in 1996 to develop its technology, in recent years the firm has begun to manufacture LED lighting products, including custom designs.

Laser texturing and CPV
Another winning proposal came from two Italian companies working on what they describe as an innovative laser machine tool for industrial engraving and three-dimensional texturing.

Onore-based ML Engraving and Pedrengo-headquartered laser machine tool firm DS4 will collaborate on the “Infinite” project, following a successful Phase1 award last year. The companies have previously worked with the Sitec laboratory at the Polytechnic Institute of Milan on the development of fiber, disk and direct-diode laser systems for industrial applications.

Among seven different SMEs from Spain to win funding in the latest round – the most of any participating country – is Madrid’s BSQ Solar. Perhaps surprisingly, given recent history in the field of concentrated photovoltaics (CPV), the firm has won backing for its “Rephlect” project, designed to claw back some European leadership in the PV sector with a high-concentration system.

The firm’s approach is based around a dome-shaped Fresnel lens produced by a maker of car headlamps, with a secondary optical stage using kaleidoscopic optics to ensure uniform light flux across the solar cell.

That is said to deliver an efficient optical concentration that can be scaled to 1000x suns, double the typical CPV concentration level, with only passive cooling required.

Elsewhere in Spain, a team in Valencia will work on new three-dimensional light sensing hardware and algorithms for applications in portable devices, under a project called “3D-Leap”. It has been funded via the SME Instrument under the European Commission’s Open Disruptive Innovation Scheme.

In total, the SME Instrument has now handed out €294 million for Phase2 projects since the start of 2014.