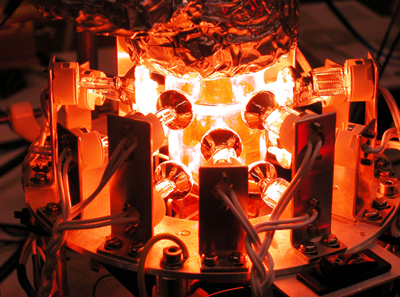 Prototype of an instrument for sublimation extraction of air samples.

A climate physicist Hubertus Fischer, working at the University of Bern, Switzerland, has been awarded a grant of €2.26 million by the European Research Council to support optical research into polar ice cores.

The work will include the development of new instrument for the laser spectrometric analysis of greenhouse gas concentrations and the carbon dioxide isotopes. This is Fischer’s second project funded by an ERC Advanced Grant.

With the support of the grant, Fischer will develop a new method to measure “greenhouse gases” in polar ice cores. He commented, “Such ice cores represent the only climate archive from which the historic composition of the atmosphere can be directly reconstructed.”

The key difference from previous methods is that Fischer’s new approach will determine in a single measurement the precise concentrations of the three principle greenhouse gases – carbon dioxide, methane and nitrous oxide – as well as the isotopic composition of the carbon dioxide. Fischer added, “Using this non-destructive method, the precious ice core air is not used up and can also be used for other subsequent analyses.

“All this will be crucial for the success of a future international ice core drilling project in Antarctica planned to start 2019/20. This drilling intends to expand the greenhouse gas history over the past 1.5 million years. Previously ice core scientists were only able to look back in time 800,000 years. In such old and deep samples, several ten thousands of years of climate history are contained in only a few meters of ice,” said Fischer.

“The available amount of air is therefore too small to measure all the climate parameters of interest in the required resolution using the existing analytical techniques.” 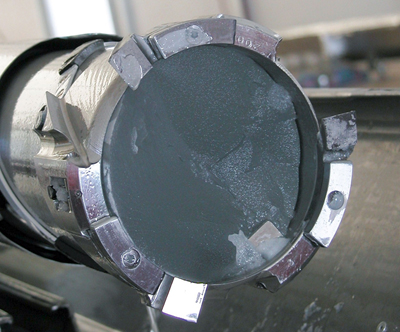 Within Fischer’s project called deepSLice (“Deciphering the greenhouse gas record in deepest ice using continuous sublimation extraction/laser spectrometry”), a novel sublimation extraction method for air enclosed in ice cores will be developed that, for the first time, will allow 100 percent of all the air components to be extracted. To enable the work, Fischer’s team will develop a new optical instrument for the laser spectrometric analysis of all the greenhouse gas concentrations and the carbon dioxide isotopes.

The instrument will allow high-precision measurements even on the tiniest air samples of only about 1ml, which can be extracted from the ice. In this endeavour, Fischer will be supported by the team led by Lukas Emmenegger, head of the division for Air Pollution/Environmental Technology at EMPA, the Swiss Federal Laboratories for Materials Science and Technology), a key player in the development and application of laser spectrometric instruments for gas analytics in environmental research.

This is the first time the University of Bern has received an ERC Advanced Grant since the start of the new EU Framework Programme, Horizon2020, last year. For deepSLice, the ERC will provide 2.26 million Euro over the next five years. Apart from the development of new instruments, this funding will be mainly used to support two early career scientists at the University of Bern. For Fischer, this is his second such grant. In 2008, the ERC supported his Advanced Grant project MATRICs, which aimed at developing innovative physical methods to reconstruct temperatures using polar ice cores.

Fischer is a member of the Oeschger Centre for Climate Change Research at the University of Bern, as well as president of the Swiss Commission for Polar and High Altitude Research of the Swiss Academy of Sciences and co-chair of the project Past Global Changes (PAGES), supporting and coordinating the international research in paleoscience.