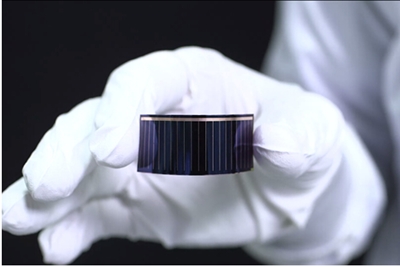 The Chinese solar giant Hanergy says it will invest in a 10 MW production facility to make thin-film gallium arsenide (GaAs) solar cells in Wuhan – home to the country’s most significant concentration of optics-related expertise.

The move, which will create the world’s only large-scale facility for making solar cells based on GaAs material that is not for space or concentrated PV applications, follows Hanergy’s acquisition of the Californian spin-out firm Alta Devices in August 2014. Alta has been developing the technology since being co-founded by Caltech’s Harry Atwater and Berkeley’s Eli Yablonovitch back in 2008.

According to a release from Hanergy, the first phase of the project will see a 3 MW production line established. The company also plans to set up a research and development center, and says that it has agreed a deal with the Huangpi District Government to both construct factory buildings that Hanergy will lease, and to promote the firm’s solar products in the local market.

The plan is to install 100,000 sets of thin-film arrays for households, and more than 1300 hectares of what it calls “photovoltaic agricultural greenhouses”, to reach 600 MW of installed solar capacity within two years after the agreement takes effect. “This will advance Wuhan’s efforts to develop green energy and build itself into a green, low-carbon city,” states the firm.

Higher efficiency; more power
While that largely relates to other thin-film PV technologies that Hanergy has acquired – deals over the past few years have seen it snap up the former Q-Cells division Solibro and US-based MiaSolé - the flexible GaAs technology developed by Alta has a much higher conversion efficiency, delivering twice the power of a conventional PV cell of similar size.

“The GaAs solar cells manufactured by Hanergy Thin Film, which boast not only high energy efficiency but also great flexibility, can be widely applied in many products from solar cars and phones to unmanned aircraft systems and IoT [Internet of Things] systems to extensive consumer electronics,” claims the Chinese firm.

The US National Renewable Energy Laboratory (NREL) currently lists Alta’s 28.8 per cent devices as the best-performing single-junction thin-film GaAs PV cells yet produced, while Alta announced in 2013 that operation with 30.8 per cent had been confirmed by NREL for its dual-junction designs without the need for concentration.

At the time, Alta CEO Chris Norris added that the company had set a target conversion efficiency of 38 per cent for those dual-junction cells, which use a layer of InGaP semiconductor material on top of the GaAs absorber layer in the base cell.