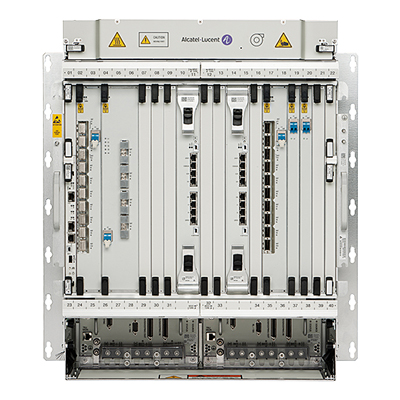 Alcatel-Lucent and Vodafone Spain have successfully carried out a trial of transporting data at speeds of up to 400 Gbits/s over a distance of 400km between Madrid and Zaragoza - using existing optical infrastructure only specified for up to 100 Gbit/s.

The trial was conducted using Alcatel-Lucent’s 400G technology and demonstrates the ability of an existing optical network to carry data at up to 17.6 Tbit/s, doubling the current spectral efficiency in fiber.

The partners say the achievement is the equivalent of transmitting the contents of 88 Blu-ray discs in a single second while reducing power and space consumption by half.

The partners say that 400Gbit/s optical technology was developed by Bell Labs, Alcatel-Lucent’s research arm, to address the significant increase in capacity requirements that networks are now experiencing. Alcatel Lucent said, “This trial demonstrated that 400 Gbit/s transmission can be added on to an existing network without disruption of the traffic or reengineering of the optical link.

Willem Hendrickx, President Europe, Middle East and Africa of Alcatel-Lucent, said: “This trial application of Alcatel-Lucent’s innovation in optical transmission demonstrated our ability to provide Vodafone with the technology they need to meet their rapidly evolving requirements.

"Specifically, this trial has demonstrated the feasibility of state-of-the-art transmission over one of Vodafone’s existing European backbone networks. We look forward to taking this innovation to the next step with them”.

Mauro Costa, Vodafone's Director Core and Transport CoE, commented, “This trial demonstrates that it is possible to transmit data at 400 Gbps over a considerable distance simultaneously with other transmission speeds using our existing infrastructure.”