After more than a decade heading up the UK optics firm, Gareth Jones is set to switch to chairman duties. 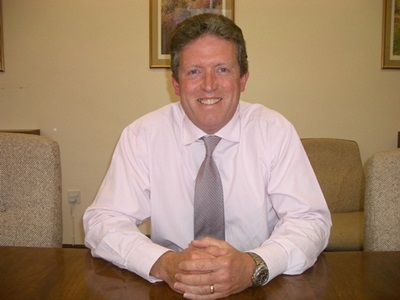 Gareth Jones, the CEO who has overseen more than a decade of business expansion at Gooch & Housego (G&H), is set to step down from the role at the end of this year.

In a management succession plan announced in a statement to the London Stock Exchange (LSE), the UK-headquartered company said that Mark Webster would take over on January 1, 2015, following a spell as deputy CEO that will begin August 18.

Currently serving on the company’s board as a non-executive director, Webster is a chemistry graduate and has spent more than two decades working in the healthcare and pharmaceutical sectors – including spells at major players Abbott Laboratories, Bayer and Shire Pharmaceuticals.

Jones will not be leaving the G&H, however. He is set to take over from Julian Blogh as the company’s non-executive chairman, although he will hold that position for no more than three years. Blogh, who has been in the role for eight years, is approaching the recommended limit of tenure and will retire at the start of next year.

In the LSE statement, Jones said: “I would like to thank Julian Blogh, both personally and on behalf of Gooch & Housego, for his wisdom and guidance as chairman over the past eight years, during which time the company has developed significantly.”

Period of growth
Under Jones and Blogh, G&H has evolved from a specialist supplier of acousto-optic Q-switches to a far more diversified provider of photonic components, having expanded the business through a series of acquisitions. The CEO and chairman also oversaw a £10 million investment in its domestic offices and facilities.

In recent years G&H has adapted its business strategy to move up the value chain with the creation of a new systems technology group, and is targeting applications such as medical imaging with optical coherence tomography (OCT), and the development of new photonics-based cancer screening technologies. One of the systems group’s key target areas is the life sciences sector - where incoming CEO Webster clearly has strong experience.

“[Mark Webster’s] extensive experience in leadership roles in UK, US and multi-national businesses will be of great value in the future development of the company,” Jones said.

Webster added: “G&H has a dedicated and highly skilled workforce and I am looking forward to working with them all to take the business forward. I am also pleased that the strong working relationship I have developed with Gareth over the past two and half years as a member of the company’s board will continue with his new role as non-executive chairman.”