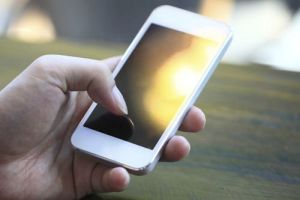 The principles behind anti-glare and anti-reflection surfaces have been understood for some time, with new methods to improve performance constantly under development and new applications emerging.

Combining both distinctly different features in a single substrate is an attractive proposition, but has proved problematic to implement when it comes to monolithic glass materials.

Now a team including researchers at ICFO, Spain, and US glass specialists Corning may have cracked the problem. Their work was published in Applied Materials and Interfaces.

Key to the breakthrough is that the two classes of behavior operate in different ways. Anti-glare (AG) techniques use micro-scale surface features to bring about diffusion, scattering the light being reflected and making unwanted images appear unfocused.

Traditional anti-reflection (AR) surfaces have employed thin-film coatings to induce destructive interference in the reflected light, but modern AR alternatives involve the creation of biomimetic nano-scale structures on the surface.

One recent example is the use of sub-wavelength nanopillars, which have proven capable of reducing light-scattering to minimal levels by creating a smooth refractive index gradient at the surface of a material, delivering strong AR performance.

In theory, combining the two behaviors on a single surface is just a matter of laying AR nanostructures on top of an AG surface. Unfortunately the relatively high viscosity of glass at molding temperatures interferes with the necessary dimensional accuracy of the nanostructures

"The challenge was to find a mass-scalable technique that could produce nanostructures on a wavy AG surface," commented Valerio Pruneri of ICFO to Optics.org. "This is the first time that this general principle has been successfully applied to glass."

According to the team's paper, the successful technique involves first creating an AG surface on a suitable glass substrate. A roughening process in which the glass is acid-etched through holes in a particulate polymer mask created AG features on the surface measuring from 1 to 100 microns across, and 10 to 500 nanometers high.

AR nanostructures were then manufactured on this surface. The team's method involved laying an ultrathin film of copper onto the surface and degrading it into individual metal nanoparticles by a dewetting process. Reactive ion etching then created nanopillars under each metal particle, after which the copper particles themselves were removed, leaving the nanopillars intact.

The result is a two-tier surface geometry that combined the best of both worlds: impressive AG and AR features.

Superhydrophobic behavior
"The metal dewetting technique is ideal," said Pruneri. "It overcomes the problem of nanostructuring on a wavy AG surface, as it relies on the initial deposition of a conformal ultrathin metal film."

Other advantages became apparent too. The AG microstructure provides mechanical protection to the AR nanostructures, while the uniform composition of the overall material might allow both the substrate and the surface to be chemically strengthened simultaneously.

A further unexpected feature was that the glass could be made superhydrophobic once coated with a standard flurosilane. The team attribute this to the influence of the underlying AG structure, with water droplets only managing to wet the tops of the nanopillars rather than the gaps between them.

"The hydrophobic behavior is significantly larger than that of this AR structure applied to a flat surface," noted Pruneri. "Since there is no difference between the hydrophobic performance of a flat surface and an AG surface, this result could not have been predicted."

The fact that the manufacturing technique uses relatively cheap lithography-free fabrication techniques should make it more feasible for larger areas of glass. Ultimately, substantial AG and AR glass surfaces with low reflectivity, high transmission and good mechanical durability could be made using the new method.