Laser giant sets up joint venture with Italy's SISMA to develop a 3D printer for mass production of metal components. 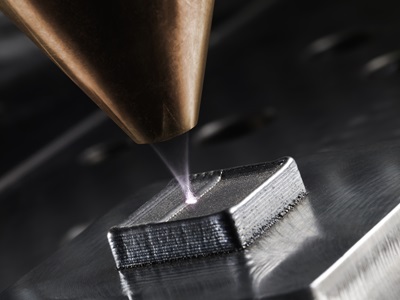 The Germany-based industrial laser and machine tool company Trumpf has set up a new joint-venture to address the fast-growing additive manufacturing sector.

Called Trumpf Sisma, the new company is based in Piovene Rocchette, near Vicenza in Italy. Trumpf has taken a 55 per cent share while the remainder is owned by Sisma S.p.A., Italy's biggest laser manufacturer, which is based in the same location.

According to a joint release, the companies plan to co-develop a new generation of production systems for 3D printing of metal parts, where virtually any kind of component can be built up, layer by layer, from computer-aided design (CAD) files using metallic powder and a laser.

And while 3D printing based on polymer extrusion has excited commercial markets for some time, at a recent Association of Industrial Laser Users (AILU) meeting on laser additive techniques, it was evident that a wide array of industrial applications were now progressing towards commercial deployment.

The move represents a return to the 3D printing sector by Trumpf, which first launched a tool – the “TrumaForm” - for additive manufacturing back in 2000. And as recently as December 2013, Trumpf’s laser technology chief Peter Leibinger told optics.org that 3D printing had been overheated by media hype, with companies gaining “crazy” valuations.

In Trumpf’s statement on the new joint venture, Leibinger outlined the latest strategic thinking thus: "Many [3D printing] machines on the market today are aimed more at prototype construction. In the future, however, the most important criterion where additive manufacturing lines are concerned will be their suitability for industrial applications."

TrumaForm "years ahead of its time"
The company now believes that the TrumaForm was actually years ahead of its time, because the market for serial production of components had not yet developed. Leibinger said in December that Trumpf stopped offering the machine after also concluding that it was not fast enough, and because an extra finishing step was usually required to make parts with sufficient industrial quality.

Now, it appears that Trumpf Sisma will benefit from the earlier experiences of both Trumpf and its Italian parent. Several years ago, Sisma began work to develop an additive manufacturing machine to make small metallic components.

With annual sales of €33 million and 130 employees, Sisma might not have quite the global presence of Trumpf in the laser sector. But it does still sell around 1000 laser devices each year, and is said to be the biggest laser manufacturer in Italy. It primarily targets the jewelry, fashion, dental and industrial sectors, all of which stand to benefit from 3D printing techniques. 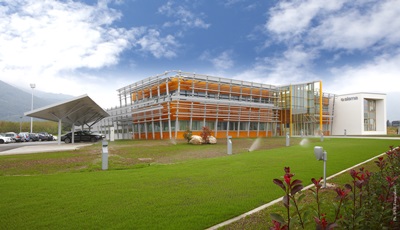 Trumpf says that it is now working on a rapid entry into the 3D printing market, with activity at its Ditzingen headquarters as well as through the Sisma venture.

It adds that expertise in the related process of laser deposition welding, where metal powder is applied in layers and then fused to a base material without pores or cracks to form a high-tensile weld joint, will help with the additive manufacturing development.