Redesigned 'SUCHI' satellite for geological sensing had previously been due to launch in late 2013. 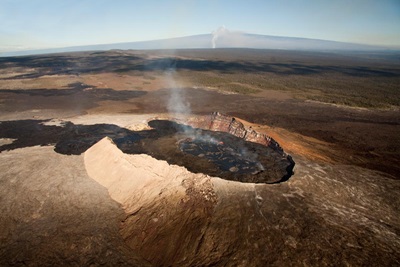 by Ford Burkhart in Baltimore
A suitcase-size satellite called SUCHI is now scheduled for launch from Kauai Island in Hawaii in the fall of 2014, after a year's delay to fine-tune its hyperspectral sensing technology, a team member said at the outset of SPIE’s defense, security and sensing (DSS) event in Baltimore.

The delay was to allow more work on “a little of everything” said Sarah T. Crites, a doctoral candidate in geophysics at the University of Hawaii who is working on the project. “We need more testing of the whole spectrometer. We wanted to know more about what it would do.”

Speaking at a conference session on May 5, the researcher said that SUCHI was undergoing tests to see how its components would survive the intense shaking of a rocket launch. “I’m excited to have the vibration testing going on today. The SUCHI will be fastened to a table that is shaking like a satellite launch. This is the first time for these tests,” Crites said.

SUCHI stands for Space Ultra-Compact Hyperspectral Imager for small satellites, and Crites’ report was part of a session called “Pervasive Techologies Supporting Responsive Space”, in the Sensors and Systems for Space Applications conference at the DSS meeting, held at the Baltimore Convention Center.

Lava flows
The imager is designed to study geological phenomena like volcanic eruptions and lava flows, with a six-month primary mission that could be extended to two years. The ultra-compact satellite, measuring just over 16 inches in length, 4 inches deep and 5 inches wide, will run on solar panels approximately the size of a notebook.

Inside it is a FLIR A35 camera, mounted in a sealed vessel and collecting images at a resolution of 336 x 256 pixels. Each pixel measures 38 µm.

Actually a trimmed-down version of a 2012 design for the satellite for long-wave infrared (LWIR) hyperspectral imaging, it was developed by a University of Hawaii team and built at the Hawaii Space Flight Lab in Manoa, a suburb of Honolulu.

During its short deployment, it will help geologists to monitor volcanic gas emissions and rates at which lava cools. The captured images are also expected to be useful in the mapping of major rock mineralogy, Crites said.

Tracking “vog” gas
One key application is to monitor sulfur dioxide, a volcanic gas constantly erupted by the active Hawaiian volcano Kilauea. The gas forms aerosols that locals call “vog” (volcanic fog), which floats across the islands and can cause respiratory problems. The gas can be tracked and quantified using spectroscopy in the 9 µm region of the infrared spectrum.

That part of the spectrum is also an ideal wavelength range for geological mapping of certain minerals.

In recent months, the SUCHI team has been re-working its design to meet tightened mass and power constraints. The team of scientists and engineers from the University of Hawaii is led by principal investigator Robert Wright, a professor in the Hawaii Institute for Geophysics and Planetology.

The imager will feature a new Fabry-Perot Fourier transform spectrometer, coupled with the commercial off the shelf (COTS) infrared camera from FLIR. It also uses four commercial shutters.

SUCHI will be the primary payload on the HiakaSat, the first satellite built by the Hawaii Space Flight Lab.