Segment sales, profits and bookings up strongly on last year, thanks in part to demand for plastics processing. 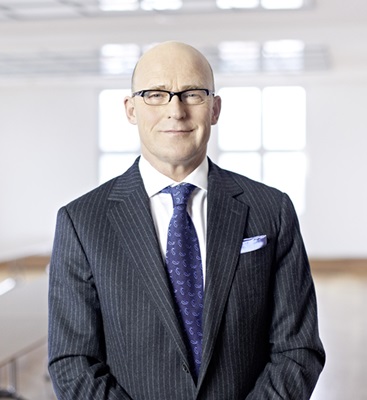 Germany-headquartered photonics giant Jenoptik has reported a strong opening quarter to 2014, with its lasers and optical systems business unit contributing much of the momentum.

At €136.9 million, total revenues were up nearly 4 per cent on the same period last year. And while earnings before interest and tax (EBIT) were virtually static at €10.5 million, booming orders were up more than one-fifth on the start of 2013.

As a result, CEO Michael Mertin is confident that Jenoptik will meet its growth target of 5-10 per cent for the full year, although he did warn that restrained demand from the automotive industry and tensions in Ukraine would mean that achieving that goal remains challenging.

At €160.3 million, Jenoptik’s total order intake for the quarter was up 21 per cent on last year, yielding a healthy book-to-bill ratio of 1.17. The company’s lasers and optical systems segment contributed €65.3 million to that total, up more than a quarter on the first three months of 2013.

Laser and optics profits double
“Greater demand [for] laser systems for plastics processing and higher revenues with the semiconductor equipment industry and in the healthcare and life sciences markets bolstered the excellent development seen in the first quarter,” noted the company.

That translated to an EBIT figure of €8.5 million for Jenoptik’s laser and optics division, more than double the €4.1 million reported a year ago. Revenues for the segment this year are expected to grow by 10 per cent on 2013.

However, performance in the company’s other two sectors was mixed. What Jenoptik described as the “prevailing general reluctance to invest seen in the industrial metrology sector”, in particular from the automotive industry, in recent months prompted a 4.5 per cent drop in revenues for its metrology unit, which posted sales of €40.8 million.

Jenoptik’s defense and civil systems business registered a similar dip in sales, which is attributed to postponements and delays of defense-related projects.

• Despite the solid financial performance, Jenoptik’s CFO Rüdiger Andreas Günther is set to leave the company after deciding not to extend his contract beyond March 2015.

Rudolf Humer, the chairman of Jenoptik’s supervisory board, thanked Günther for his “great commitment”, and said that since joining the firm in 2012 he had played a key role in establishing its current growth

“We owe Mr. Günther our financial flexibility as the basis for implementing our growth strategy.” Humer said.