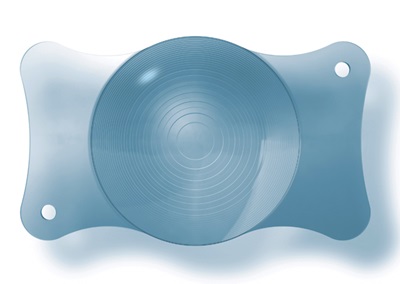 Persistently high demand for new intraocular lenses used in cataract surgery was behind a 4 per cent increase in revenues at Carl Zeiss Meditec for the first half of its latest fiscal year.

The Zeiss subsidiary posted sales of €461 million for the first six months of financial year 2013/2014, aided by what the company described as “extraordinarily strong” business in Japan ahead of a value-added tax (VAT) increase implemented in the country from April 1.

All three of the firm’s units registered growth in sales, but it was the surgical ophthalmology business that generated by far the strongest momentum, with revenues up more than 21 per cent compared with a year ago.

Despite the largely positive sentiment, profits at the company were down slightly. Earnings before income dropped 5 per cent to €66.5 million, with Monz noting “immense” competitive pressure in certain applications.

He is now predicting that Carl Zeiss Meditec will deliver revenues of between €910 million and €940 million for the full year – and although that would only represent a maximum growth rate of around 4 per cent, currency fluctuations mean that the true figure would be significantly higher.

In his letter to shareholders, Monz also highlighted the recent introduction of the first ophthalmic surgery microscope to feature an integrated optical coherence tomography (OCT) camera as evidence of the company’s ongoing innovation.

Fierce competition in diagnostics
Though growing fast, the surgical ophthalmology business unit remains Meditec’s smallest, accounting for €73.4 million of sales in the six months to the end of March.

Sales in the ophthalmic systems business unit were hit by “fierce” competitive pressure in diagnostic equipment, while demand for refractive laser surgery made the largest contribution to growth and profit as the unit reported revenues of €180.2 million, up 2.5 per cent.

"We feel well equipped to cope, even with the challenges of volatile markets,” said Monz. “Our global presence and our substantial and targeted investments in research and development put us into the position to successfully continue our course of growth."

Following the recent €51.4 million acquisition of intraocular lens specialist Aaren Scientific, Carl Zeiss Meditec had a workforce of 2909, up from 2532 a year ago. Some 432 of those work in research and development.