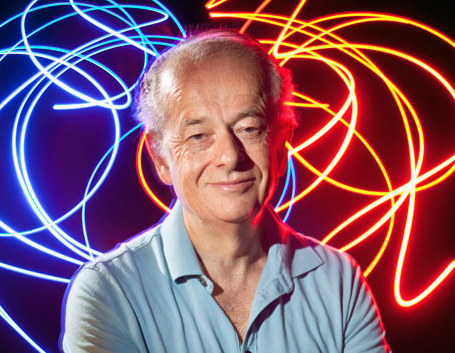 Professor Federico Capasso, School of Engineering and Applied Sciences, Harvard University, has been named by SPIE, the international society for optics and photonics and owner of optics.org, as the 2013 recipient of its Gold Medal Award.

Some of Capasso’s scientific highlights include his pioneering work with quantum cascade lasers: invention, demonstration, development and high-power and chemical sensing applications; bandstructure engineering and applications to optoelectronics and electronics including low noise multilayer avalanche photodiodes and solid state photomultipliers; heterojunction bipolar transistors and quantum effect devices such as resonant tunneling transistors and QCLs, which represent the ultimate band engineering; new semiconductor lasers with engineered near-field and far-field based on plasmonics.

“For more than 30 years Federico has been one of major forces in the field of photonics. As the recognized father of bandgap engineering he has dominated the field of bandgap engineering, optoelectronics heterostructure materials and devices that culminated with the demonstration of low noise avalanche, photomultiplier detectors and finally with the demonstration of the quantum cascade laser of fundamental importance for science and society,” said Gérard Mourou, Ecole Polytechnique.

“He is one of the few scientists that can handle with equal virtuosity fundamental and applied researches. His work spans the whole gamut from the laser action to exploiting giant nonlinearities as to produce tunable.”

Capasso is a long-time Fellow of the Society [SPIE]. He has authored over 450 peer-reviewed journals, conference proceedings, invited papers, and books. Furthermore, he has served as an SPIE symposium, conference, and session chair, and was an SPIE course instructor.

Some of his previous awards include the Julius Springer Prize in Applied Physics, the Berthold Leibinger Zukunft Prize (Future prize), the King Faisal International Prize for Science, and the Gold Medal of the President of Italy for meritorious achievement in science. The Gold Medal of the Society is the highest honor the Society bestows.

Since its commencement in 1977, the prize has been awarded annually in recognition of outstanding engineering or scientific accomplishments in optics, electro-optics, or photographic technologies or applications. The recipient(s) shall have made an exceptional contribution to the advancement of relevant technology. An honorarium of $10,000 will be presented.