New association will provide legal basis to sign public-private partnership with the European Commission under Horizon 2020. 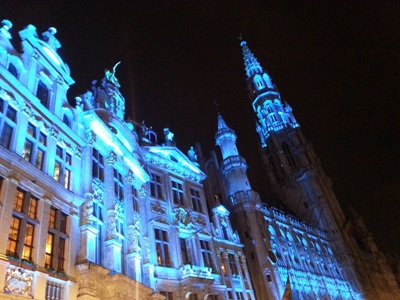 by Mike Hatcher in Brussels
Stakeholders in Photonics21, the group representing European photonics, have agreed to create a new legal entity that will be able to sign up formally to a public-private partnership (PPP) funded by the European Commission’s Horizon 2020 innovation plan.

At a Brussels meeting held April 29, the organization’s board of stakeholders voted overwhelmingly to establish the “Photonics PPP Association”, a legal vehicle needed to sign a contract with the EC.

Although the new association will have the formal executive power, the board of stakeholders will continue to take the key decisions within Photonics21. However, constitutional changes associated with the PPP that are designed to meet EC requirements mean that members must now be institutional, while any new members of the board of stakeholders will need to be elected via one of the organization’s seven application-specific work groups.

Photonics21 president and Jenoptik CEO Michael Mertin told attendees at the Photonics21 annual meeting that a “huge majority” of the existing board of stakeholders voted for the plan. optics.org understands that only one member voted against it.

Strategic roadmap
At the annual meeting, Mertin and the Photonics21 executive board handed over their new multiannual strategic roadmap, entitled “Towards 2020 – photonics driving economic growth in Europe”, to EC vice president Neelie Kroes.

Addressing the meeting alongside Kroes, Mertin said that the plan outlined in that roadmap “should be a basis for the economic recovery of Europe”, and provide an approach aimed squarely at using technological innovation to generate economic growth.

Kroes, regarded as a strong supporter and advocate for photonics in Brussels, told attendees: “I’m on your side.” She added that the strategic ambition within the roadmap document indicated major progress since the idea for a PPP was first mooted by Kroes herself two years ago.

In the newly published roadmap, Photonics21 repeats its original pledge to spend €5.6 billion on the PPP, provided that the EC commits €1.4 billion to the plan.

Stating that the PPP idea has been widely endorsed by the photonics community in Europe, the roadmap adds that this mechanism is seen as the main way to bridge the so-called “valley of death” fate of much publicly-funded technological development that does not translate to direct economic or societal benefit.

“For photonics to yield its full potential as an enabling technology, it will be critical that the inherent synergies within the sector are exploited through integrated research aimed towards identified market solutions, rather than towards isolated components or applications,” it says.

“Not subsidization”
“We now have a proposal that’s ambitious and strategic,” Kroes said, pointing out that more than 60 companies and research institutes had already signed up, and that she was looking forward to more doing so. “Hopefully, we will be able to get it up and running right from the launch of Horizon 2020 - it’s an investment that will pay off for Europe.”

“This is not a plan to subsidize the industry,” she also stressed, a response to critics who believe that the PPP would amount to exactly that. “But a plan to strengthen Europe’s innovation potential.”

Mertin added that the roadmap, generated through a bottom-up consultation with more than 300 contributors within Photonics21, met the EC’s requirements on commitment, open-ness and representation.

Budget battles
With political battles remaining to be fought over the European Union’s spending plan for the 2014-2020 period, the final budget for Horizon 2020, which would effectively fund the PPP, is yet to be decided.

The EC’s original proposal of an €80 billion real-terms budget for Horizon 2020 has so far been rebuffed by the European Council, though much of the current argument revolves around the proportion of the wider EU budget that is spent on more politically divisive issues such as agricultural production.

EC director for components and systems Khalil Rouhana said at the Photonics21 meeting that the final Horizon 2020 budget should be “at least” €70 billion in real terms, a level that he says would represent a 30% increase compared with the current Framework Programme Seven (FP7) spending.

If political wrangling allows, a final decision on the Horizon 2020 budget is expected by the end of 2013. It should ensure at least €7 billion in funding for the information and communications technology (ICT) spending pot, of which €1.4 billion would likely be allocated to the key enabling technologies of photonics, microelectronics and nanoelectronics.