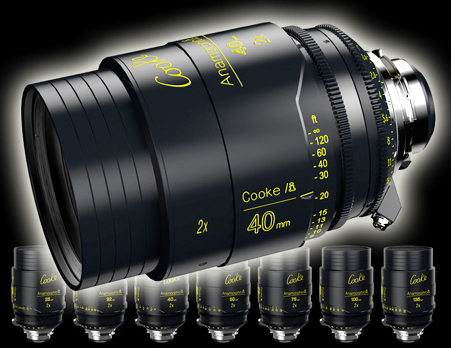 Two of the most respected names in the movie-making industry, Cooke Optics and Thales Angénieux, have announced that their technical teams have worked together to codevelop new anamorphic lenses.

The partners say that the results of the collaboration will bring cinematographers a full range of compatible anamorphic lenses, including Cooke's Academy Award-winning design that captures the 'Cooke Look' and Angénieux's renowned zoom technology, also awarded by the Academy in 2009, to meet the demand for today’s film and digital capture.

Les Zellan, chairman and owner, Cooke Optics, said, “Cooke primes and Angénieux zoom lenses have always complemented each other in terms of look and color. They are frequently used together on feature films as the combination of our respective expertise brings something special to the screen that cinematographers have long valued. We are confident they will not be disappointed with the results of this initiative.”

Pierre Andurand, CEO and President, Thales Angénieux, said, “In our ongoing quest to provide cinematographers with the very best tools, we are developing a complete line of compact anamorphic zooms that maintain a superb level of resolution while keeping a very human feel in the image. The entire line will perfectly match with the new Cooke primes and will be friendly, usable, compact and lightweight.”

Angénieux is currently showcasing the first zoom lens in their planned complete line of compact anamorphic zooms. It is a 56-152mm anamorphic zoom lens with 2x squeeze and fast aperture of T:4. With a light weight of only 2.2 kg, this new lens has a unique optical design combining spherical and cylindrical elements in the same group to deliver exceptional sharpness and low distortion. The companies expect to ship the new lenses in early 2014. 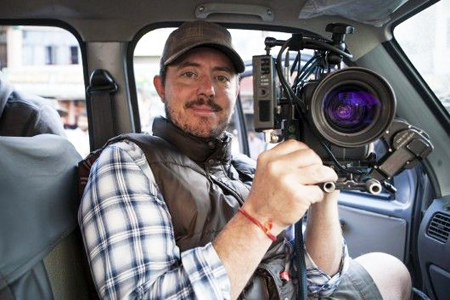 The new lenses, which are approximately the size of Cooke’s industry standard S4/i lenses, retain the Cooke Look, are color-matched with the Cooke 5/i, S4/i and miniS4/i ranges, and come equipped with the next generation /i Technology to capture lens metadata.

Lenses from Cooke Optics and Thales Angénieux have been used together on countless film productions including Zero Dark Thirty (see above), A Good Day to Die Hard, Rock Forever, Dark Shadows, After Earth, Drive and Midnight in Paris, and television shows including The Client List, Chicago Fire, Game of Thrones, Downton Abbey, Upstairs Downstairs, Community and many others.