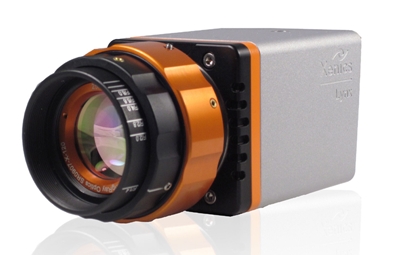 According to the IMEC spin-out, all of the new models feature on-board image correction and enhancement algorithms to simplify system integration, while its modular approach will allow customers to pick and choose from a selection of technologies covering the entire infrared spectrum.

The company will introduce its family of high-resolution IR products under the 'XenicsCores' brand, with each featuring on-board image processing capabilities designed to shorten and simplify the demanding development period typically associated with surveillance and industrial systems.

Both line-scan and 2D versions will feature, at a variety of image resolutions. According to Xenics, they can be tuned to optimum power dissipation levels and combined with all appropriate sensors for both short- and long-wave infrared spectra, and are compatible with a variety of lenses and data interfaces.

Xenics also says that a key feature is a set of embedded algorithms to provide on-board image correction and calibration, as well as enhancement functions such as auto gain, histogram stretching and bad-pixel replacement. The idea is to use the algorithms to extract the most relevant information from raw sensor data for a given application.

Bob Grietens, Xenics founder and CEO, notes: “In the past, users had to perform a lot of image processing in their self-developed software. We have moved this control functionality from the application back to the camera.”

Making the invisible visible
Another focus for Xenics in Baltimore will be so-called “image fusion”, in other words combining multiple images captured from across the wide range of infrared frequencies to generate a single overlaid image with a wealth of spectral information.

Particularly relevant for night vision or imaging in poor visibility, the approach can distinguish between self-radiating and reflecting objects, and highlight otherwise hidden features. It is achieved by combining thermal (LWIR) and optical (SWIR or visible) cameras in a common housing, for example using a gimballed system.

"By enabling image fusion of different thermal and optical realms, our IR cameras exemplify our continuing innovation strategy," added Grietens. "Add to that megapixel resolution and a product portfolio covering the entire infrared, and you have the future of image processing technology as we pursue it today and in the future."

As well as exhibiting at the DSS trade show, Xenics is presenting a paper detailing some new sensor technology on the first day of the associated technical symposium. In the opening session of the event’s “infrared technology and applications” conference, which also features talks from French infrared specialist Sofradir and the US firms UTC Aerospace, FLIR and SiOnyx, Xenics researchers will present details of a low-noise, extended dynamic-range 1.3 Megapixel InGaAs array.

According to the technical abstract, the talk will outline the latest characterization results of the 1280x1024-pixel, 17 µm-pitch array for imaging in the 0.9-1.7 µm wavelength range.

The DSS trade show and technical symposium takes place April 29 through May 3 at the Baltimore Convention Center. 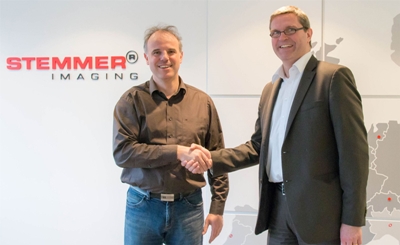 Sealing the deal: Xenics and Stemmer

The new agreement adds Germany and Austria to Stemmer Imaging's distributorship in the UK and France, further broadening Xenics' position in the European industrial IR market.

Grietens said of the deal: "I'm convinced that now many more industrial users will utilize the infrared spectrum by closely working with a strong technology partner, to the benefit of their own customers."