A new cluster tool at the Fraunhofer COMEDD in Dresden supports applications in displays, sensors and medicine. 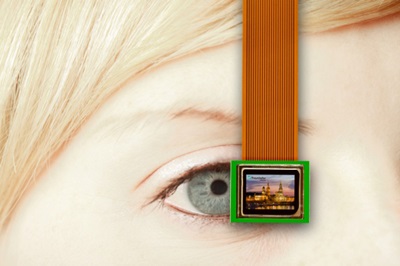 Nine months after its founding, the Fraunhofer Center for Organic Materials and Electronic Devices Dresden (COMEDD) has installed a new cluster system to support both research and pilot production efforts.

Thanks to funds provided by the local German state of Saxony and via the European Regional Development Fund, the new COMEDD facilities provide a full suite of liquid-phase and vacuum processes with which to make organic LED (OLED)-on-silicon microdisplays.

The cluster system, which will be used for both research and development activity and pilot-level device production, was supplied and built by the Korean company SNU Precision. It is able to fabricate devices on 8-inch silicon wafers using techniques such as metal and electron-beam evaporation, thin-film encapsulation and etching.

At an official ceremony to dedicate COMEDD - which was set up as a separate entity last year - and its new equipment, Saxony Minister of State Sabine von Schorlemer said that the upgrade would enable the facility to meet demand from both the local region and abroad. 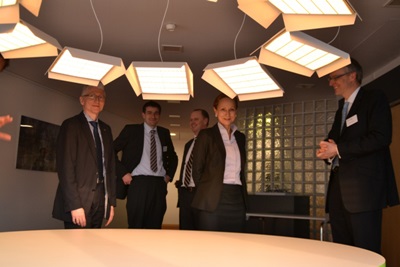 “The new line is an important strategic step for us. Now we are able to offer a combination of liquid phase and vacuum processes, which enables us to evaluate new combinations of materials on manufacturing lines and to optimize them up to batch production.”

“Thus the organic devices can be manufactured in fast sequences with high precision and reproducibility. We will be able to connect unique know-how with state-of-the-art equipment.”

While the most obvious application area will be in microdisplays, for example interactive data eyeglasses, there are also wide-ranging possibilities in sensor applications, whether industrial or medical in nature.

OLED-based lighting is widely viewed as a huge future market for the emerging photonics technology, but has thus far been hampered by difficulties in ensuring good encapsulation of the light-emitting organic materials and sensitive barrier layers, as well as the very high cost of early products.

COMEDD is a former department within the Fraunhofer Institute for Photonic Microsystems (IPMS), whose expertise previously resulted in the spin-out of the organic electronics materials specialist Novaled.

The Dresden-based firm, which now has offices in Korea and Japan, was recently ranked as one of the world’s top-ten most promising companies in the cleantech field by analysts at Lux Research.

Novaled has also recently joined the Center for Organic Photonics (COPE) at Georgia Tech as member of the center’s industrial affiliates program. Jan Blochwitz-Nimoth, the founder and chief scientific officer at Novaled, said of that agreement:

“COPE’s research track record qualifies them as one of the major organic electronic research centers in the world. What an interdisciplinary team of researchers has developed at GeorgiaTech is very impressive.”