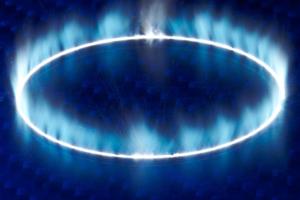 Carbon-fiber-reinforced plastics (CFRP) appeal to designers thanks to an inherent combination of low weight alongside high strength and stiffness, and have long been expected to play a prominent role in the automotive sector.

One significant barrier to this goal has been the need to machine CFRP material into the structures specified by designers, and do so economically.

Conventional techniques such as milling or water-jet cutting have suffered from high levels of tool wear and other complications, negating the gains in efficiency and cost that CFRP promises.

As a result, the use of CFRP has been limited to premium-cost vehicles such as sports cars and to limited production runs.

A new project aims to change the situation, by developing a process for automated high-performance laser processing of CFRP structures that can be readily applied in established mass production scenarios.

HolQueSt 3D brings together seven partners under the leadership of Volkswagen AG, including Laser Zentrum Hanover (LZH), Jenoptik Katasorb and Trumpf. A total of €7 million in funding has been obtained, including €4 million from the German Ministry of Education and Research.

The goal will be to employ a new, fiber-guided, high performance laser with pulse lengths in the nanosecond range, according to the project team. Development of the source will be undertaken by Trumpf.

"CFRP contains both stiff fibers and sticky polymers," commented Oliver Suttmann of LZH. "The fibers lead to wear on mechanical tools, such as mills and cutters, while the sticky polymer increases the deterioration of the tool by blocking the rake and clearance angle. Water jet machining is also problematic, as it requires the use of abrasive materials which might remain in the cutting edge and initiate contact corrosion."

A laser-based operation should avoid tool-wear issues entirely, cutting instead through laser ablation. In such an operation a short interaction with the workpiece is clearly beneficial, although the team has opted for nanosecond pulses rather than the even faster femtosecond sources being deployed in other materials processing applications.

"It's true that shorter is better, when you are working on the surface," said Suttmann. "In that case, the plasma plume can expand in all directions. But if you are cutting thicker material, the plasma can only expand in one direction: up. This slows down the expansion process and leads to an increased heat input."

Economics is also a factor in the choice, since ultra-fast sources are more expensive than nanosecond-pulsed systems.

"We are aiming for an economical process, and the most important factors for that are the through-put and the investment into a beam source," noted Suttmann. "Throughput requires high average power. Nanosecond lasers have a big advantage on that score, and on the investment required per Watt of average output."

Unanswered questions
Both lasers and CFRP have a long history, but their mutual interaction is not well understood.

The team already believes that the CFRP's polymer matrix plays only a minor role when it comes to absorption, and that the behavior of the carbon fibers themselves is the dominant factor. That still leaves plenty of issues for HoloQueSt 3D to tackle, as Suttmann noted.

"Some of the fundamental questions that we cannot answer at the moment include: what the lifetime of the plasma in the cut is and how long it remains opaque for different laser wavelengths; how long particles remain in the cutting groove and how they interact with trailing laser pulses; and whether there are critical pulse repetition rates that must not be exceeded."

Application-based challenges pose another set of queries, including what the best beam profile may prove to be, and how the heat-affected zone can be minimized. Safety considerations are also a factor.

"One obstacle to the use of lasers in lightweight construction is the process-based generation of particles and gases, which are partially hazardous to health," said Suttmann. "Together with Jenoptik Katasorb, the LZH is working on a remedy, by finding a suitable method for treatment and filtering based on previous characterization of the process emissions. One goal of the project is to predict which emission are to be expected from which materials."

Laser welding
Another aspect of LZH's research into the processing of advanced materials is its work on laser welding of thermoplastics, discussed recently at a conference organized by the UK’s Association of Industrial Laser Users (AILU).

That study has involved an assessment of the absorption characteristics of CFRP, alongside careful control of the heat distribution within the surface caused by the laser.