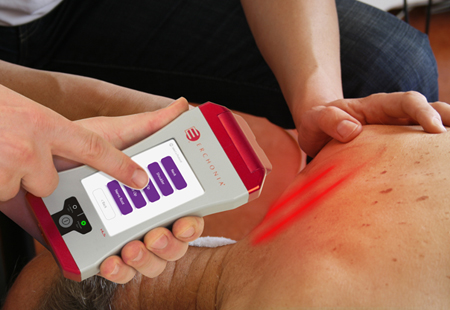 Steven Shanks, president of Erchonia, commented, “We are excited to expand the Erchonia brand in Europe. The research supporting Erchonia’s lasers and their level of technological advancement suits them to the European market. The addition of a dedicated direct sales staff supports our stronger growth projection for Erchonia in 2014.”

This experienced management and sales team will handle European sales for all of Erchonia’s laser products including Zerona, Lunula, Verju, and the new XLR8 handheld device (see above).

Erchonia is a developer of low-level laser healthcare applications. Over the past 15 years, the company has been conducting research and development with leading physicians to advance the science of low level lasers in medical treatments.

Shanks added, “Currently, thousands of Erchonia’s lasers are used daily to reduce body fat, eliminate pain, and treat acne. Prior to market introduction, all Erchonia lasers are proven safe and effective through independent level 1 clinical trials. We have gained eight FDA 510 (k) market clearances and currently have several other products under development for new applications.”

In June 2013, Erchonia announced that its Verjú low level laser had been shown to safely and effectively treat cellulite in a double blind, randomized, multi-site and placebo-controlled clinical trial. In just two weeks with six treatments of the Verjú laser, patients were claimed to have experienced a significant improvement in the appearance of cellulite in their thighs, buttocks and lower abdomen.

Dr. Robert Jackson, MD, who served as the lead investigator for the study, said, “Verjú is non-invasive, safe and effective as a standalone procedure for significantly improving the appearance of cellulite after only two weeks.”

The Verjú laser system is made up of five low level laser beams that sweep the area of concern for a total treatment period of 30 minutes. Without incisions, pain or even heat, the low level laser emulsifies adipose tissue beneath the skin to reduce the appearance of cellulite.