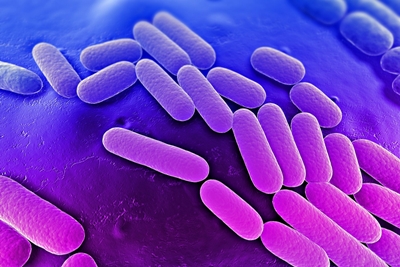 A laser-based instrument developed by the analytical equipment supplier Bruker is to be used in rapid screening of hospital patients for signs of antibiotic-resistant diseases.

The company’s matrix-assisted laser desorption ionization (MALDI) “Biotyper” system, which is used to identify molecules by time-of flight (TOF) mass spectrometry, will be used at the Erasmus Medical Center in Rotterdam, The Netherlands, where researchers have patented a method to detect activity of a key biochemical known as “beta-lactamase”.

One of the ways in which diseases become resistant to commonly used antibiotics is for bacteria to produce enzymes that cleave their “beta-lactam” ring – making medicines such as penicillins and carbapenems (often the “last-resort” antibiotics used by clinicians) ineffective.

First developed in the 1980s, MALDI-TOF typically works by using an ultraviolet laser to desorb and ionize the chemicals under analysis. The molecule of interest and fragments of it are then identified by the mass spectrometer, with a TOF tool used because it is well-suited to measuring the relatively large masses of biochemicals.

In the Bruker tool, a nitrogen laser with an output wavelength of 337 nm is used at a repetition rate of 60 Hz – though other designs employ frequency-tripled YAG sources, and infrared lasers can also be used as an alternative.

The Bruker instrument is already used in more than 700 microbiology labs around the world, and the company estimates that some 20 million analyses were performed with it last year – mainly to identify bacteria, yeasts and fungi, and for so-called proteomic fingerprinting.

The approach is faster than conventional biochemical testing methods, and Bruker says that in recent years it has been used increasingly for detection of functional resistance mechanisms.

Drug resistance: on the increase
Data from the World Health Organization cited by Bruker indicate how antibiotic-resistant bacteria are becoming an increasing problem. Across the European Union, Norway and Iceland, it estimates that there are now 400,000 drug-resistant infections each year, with 25,000 associated deaths.

A particular challenge is posed by multi-drug resistant strains, which are the hallmark of infections caused by what are known as “gram-negative” bacteria. These bugs are known to be more resistant to antibodies and they are also able to rapidly acquire new resistance mechanisms – including the “beta-lactamase” type.

In the presence of such a resistance mechanism, the antibiotic is converted into specific chemical fragments in a predictable manner – meaning that the MALDI-TOF technique can be used to identify the drug resistance.

Stefan Zimmermann, from the University Hospital Heidelberg, has been using the Bruker kit for around two years. In the company’s release, he says:

“It is of great importance to know as early as possible, especially in the intensive care unit, if a new patient carries a carbapenem-resistant Klebsiella pneumonia. In this case [and with the MALDI Biotyper] we are able to isolate the patient sooner than with older phenotypic methods.”

Researchers led by Theo Luider at the Erasmus University of Rotterdam have filed a patent on a way to characterize antibiotics resistance through beta-lactamase, using MALDI-TOF, and Luider said: “We think that Bruker is the right partner to bring such novel assays to market.”

Wolfgang Pusch, executive VP for the Bruker Daltonics microbiology business unit, adds that although the MALDI-TOF method is already well established, there is “significant growth potential” for its use in beta-lactamase screening.