Double-digit increases in revenues boost confidence, though new business strategies weigh on some. 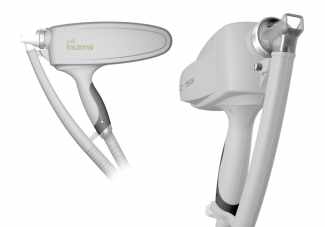 A number of suppliers in the aesthetic and biophotonics space saw increases in revenues during the second quarter of 2012, although the effects of business realignments and acquisitions continued to influence profitability in some cases.

Cutera, California, reported its fifth consecutive quarter of substantial year-on-year revenue growth, although the company still posted a net loss for the period.

Revenues grew by 32 percent to $19.6 million, driven by increased sales volumes in the US and elsewhere, along with what CEO Kevin Connors described as "incremental revenue from the Iridex aesthetic acquisition that contributed to cross-selling opportunities and product revenue."

The company's net loss was $1.5 million, compared to a $2.5 million loss for the equivalent quarter of last year. Connors told analysts that achieving positive operating cash flow during the second half of 2012 was now his goal.

Solta Medical saw revenues for its aesthetic and skin-rejuvenation products rise by 29 percent year-on-year to $37.3 million, although financial adjustments related to its acquisition of Liposonix in November 2011 continued to reverberate.

The California-based company's GAAP results were affected by a $26 million charge connected to reassessment of the earn-out payments associated with the Liposonix deal. This charge brings the total contingent consideration for the acquisition, including all expected payments over the next seven years, to $58.5 million.

As a result Solta's GAAP net loss fell to $26.3 million for the quarter, compared to the $0.2 million loss recorded in Q2 2011. Quarterly non-GAAP net income slipped to $2.7 million from $1.4 million for the same periods.

Alongside the quarterly results, Solta announced an agreement with Silicon Valley Bank for a new loan of $10 million, to provide the company with additional capital with which to drive growth and also to address future obligations related to the Liposonix deal. CEO Stephen Fanning told analysts that the loan "provides us with sufficient liquidity to support our operations through the next 12 months, including the 2013 contingent payments related to the acquisition of Liposonix."

The following week, August 2nd 2012, Solta announced an underwritten public offering, initially set to include 5.7 million shares of its common stock at a price to the public of $2.65 per share. That offering closed August 7th 2012 and ultimately offered 6.55 million shares. Solta indicated that net proceeds will be approximately $16.1 million, to be used for general corporate purposes.

Cynosure, Massachusetts, reported an increase in quarterly revenues of 50 percent year-on-year, reaching $39.6 million compared to the $26.3 million posted one year ago. It also moved into profit, seeing a net income of $2.7 million for the quarter compared to a net loss of $1.3 million in Q2 2011. The company exited the quarter with approximately $80 million in cash.

"Our strong financial results are a direct reflection of our ongoing success in leveraging our fixed cost base, even as we continue to invest in R&D," he told analysts. "Although we expect traditional seasonality to play a factor in our third-quarter results, we believe that we are on track for a strong second half of 2012."

Cynosure shares were lifted by the announcement, rising in value from $21 to $24 and at one point approaching the company's 52-week high of $25.99.

Palomar Medical Technologies posted revenues of $19.7 million for the second quarter, up by 21 percent year-on-year. The company's strategy of selling directly to consumers continued to develop, although consumer sales at present only contributed $0.9 million to the revenue stream.

A net loss of $1.5 million for the quarter represented an improvement over the $4 million loss reported by the Massachusetts-based vendor for the equivalent quarter last year. CEO Joseph Caruso said that Palomar currently holds $99 million in cash and investments.

Caruso indicated that the company's PaloVia skin-renewing laser system, targeted directly at consumers, remained the primary focus for Palomar's home-use strategy. "Although this new category of light-based aesthetic products is not profitable in the short-term, it is providing us with access to a base of consumers that has never been exposed to our professional products or technology," he said.