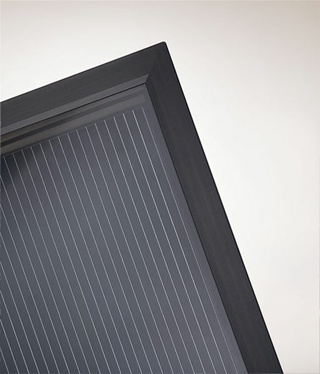 Q-Cells, the major German photovoltaics company that is currently engaged in bankruptcy proceedings, has agreed to sell its highly regarded Solibro subsidiary to the Chinese renewable energy company Hanergy.

In a deal that is emblematic of the changing balance of power within the solar industry, Hanergy said that it selected the unit, which is one of the world’s leading producers of thin-film copper indium gallium diselenide (CIGS) PV modules, after reviewing “various available thin-film investment opportunities”.

Hanergy will get its hands on Solibro’s proprietary co-evaporation technology, which is capable of producing commercial thin-film modules with an aperture efficiency of up to 14.7%. The Q-Cells subsidiary has produced and sold modules able to deliver more than 140 MW of cumulative power at peak output so far, but is suffering from a lack of investment as its parent firm undergoes massive restructuring.

Nedim Cen, Q-Cells’ embattled CEO, said in a statement announcing the deal: “With Hanergy as a partner, the potential of Solibro’s CIGS thin-film technology and existing production capacity can be fully realized.”

Cen also said that Hanergy will retain the current Solibro workforce in Thalheim, Germany, where the division has two factories with a combined annual production capacity of 135 MW (peak). At those facilities and its research and development center and pilot line in Sweden - the technology was first developed at the University of Uppsala - Solibro currently employs 430 workers.

Long-term plan
Hanergy says that it intends to make a long-term investment in research and development activity, while simultaneously ramping production output to 100 MW per year to supply its European customers. The CIGS technology is used in both residential roof-top and utility-scale projects currently.

Jason Chow, the senior VP of Hanergy’s industrial PV group, said: “We are confident that the acquisition will enhance Solibro’s performance and capacity, despite the industry’s current downturn.”

Q-Cells added that it had evaluated several potential acquirers of the division before deciding to sell Solibro to the Chinese company on the basis that it was best placed to fully develop the potential of the CIGS technology – although this was clearly not the only factor:

“Hanergy will not shrink Solibro’s workforce or change the company’s leadership; Solibro’s operations will remain unaffected, as will its after-sales service provided to customers,” the parent company stated.

The agreement comes shortly after the US Department of Commerce’s preliminary decision to impose import tariffs on PV cells manufactured on the Chinese mainland, and there are suggestions that the European Union may follow suit. While those actions relate specifically to crystalline silicon PV cells, and not thin-film CIGS or CdTe technologies, one likely upshot of the development is that top-tier Chinese solar companies will make moves to acquire manufacturing operations outside of China.

Need for external investment
Along with Solar Frontier, Solibro is regarded as one of the dominant CIGS operations amid a major industry shake-out of manufacturers of thin-film PV cells and modules. The problem for Solibro has been its struggling parent company: Q-Cells owes hundreds of millions of euros to bondholders and has been hit hard by the dramatic fall in the price of rival silicon cells from China over the past 18 months.

Unable to restructure in its preferred way, Q-Cells was forced to file for insolvency in early April – with Solibro regarded as a valuable asset by its bondholders.

Later in April, administrators said that they were searching for new investors in the company, and that cell and module production had resumed. Preliminary administrator Henning Schorisch said at the time: “The next few weeks will show the extent of investors’ interest.”

Solibro was always likely to be one of the more attractive options for investors. In late 2011, its research team demonstrated a CIGS module with an aperture conversion efficiency of 17.4%, while the co-evaporation process is seen as a pathway to low-cost manufacturing.

Despite the promising efficiency result, such has been the precipitous decline in the price of crystalline silicon cells that the cost of CIGS module production must still be cut dramatically through the economies of scale made possible by volume production.

And although its shipments of CIGS modules grew to 58 MW in 2011, Q-Cells was in no position to fund such an expansion. Last year, Solibro manufactured 66 MW of thin-film modules, down from 75 MW in the previous year. Hanergy says that it will push that level up to 100 MW.