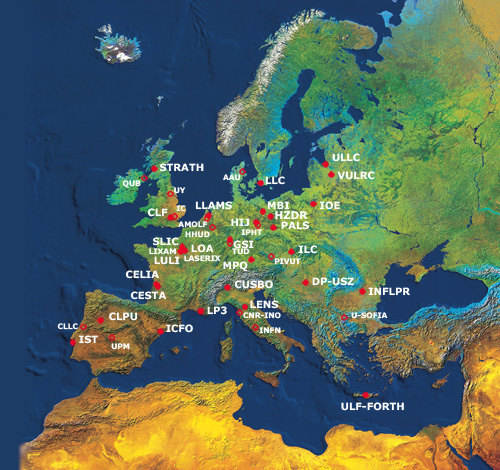 Laserlab Europe, the consortium of 28 major European laser research institutions, met earlier this month in Bratislava to enter a new phase of collaboration.

The group meeting also involved representatives of the European Commission, the Slovak Government and the Slovak Academy of Sciences, and was hosted by the International Laser Centre (ILC) / Medzinárodné Laserové Centrum, along with Director František Uherek and Deputy Director Dušan Chorvát. The ILC became a member of Laserlab Europe in early 2009, since when it has been the contact point for Slovakia and acted as coordinator of consortium training activities.

Professor Wolfgang Sandner of the Max Born Institute in Berlin who coordinates the Laserlab Europe consortium, commeted, “Lasers and photonics, one of only five key enabling technologies identified by the European Union, are not only essential for the scientific future but also for the socio-economic security of any country.”

The world's most powerful scientific lasers, comprising the European Extreme Light Infrastructure (ELI), a close collaborator of Laserlab Europe, are presently being established in three sites in the Czech Republic, Hungary, and Romania. Another civilian European mega-project, HiPER, is investigating the possibility of creating energy from fusion reactions.

The latest generation of laser devices developed within the consortium range from these two mega-projects to world-leading table-top scale devices for science, life sciences, medicine, engineering, or environmental sciences. In the start-up phase, between 2012 and 2015 Laserlab Europe will encompass 28 of the largest European laser organisations from across the EU, as well as subcontractors and associate partners. 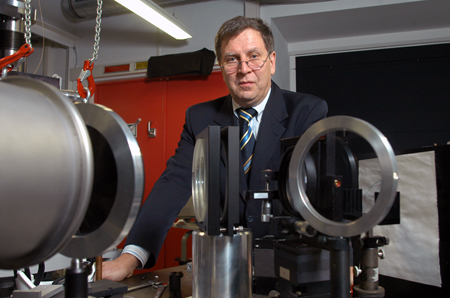 Speaking to optics.org, Sandner added, “Our main objectives are to maintain a competitive, inter-disciplinary network of European national laser laboratories, strengthen Europe’s leading role in laser research through joint research activities, and to engage in what we call Transnational Access for the benefit of the whole European research community.

“Pushing the forefront of laser research beyond the state-of-the-art is the genuine objective of joint research activities. Three main scientific areas will be pursued: Moving from laser light providers towards beamline providers of secondary sources of radiation and accelerated particles; developing innovative laser technologies for the future, including potential industrial applications; and improving the existing platforms in order to serve large new communities in life science and health.”

The consortium regularly offers free access to its facilities for a large number of single principal investigator groups from European universities. Sandner concluded, “Thanks to Laserlab Europe the continent’s laser researchers have established closer bonds. Today, Europe appears to be the most powerful and successful region for laser research worldwide.”

Laserlab Europe “III” is the European consortium of major laser research infrastructures, forming a FP7 Integrated Infrastructure Initiative. Scientifically, it covers many areas of laser science and applications with particular emphasis on short-pulses and high-intensities. 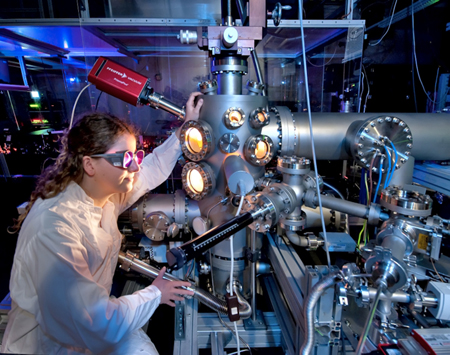 For the coordination of HR issues in order to cope with the impending need in human resources both for the new RIs and for the already existing laser infrastructures, ELI, HiPER, Laserlab, EOS, Photonics21 have concluded a Memorandum of Understanding, underlining the intention to work together on the definition of a common strategy.

The project work will in part be funded by the EC within FP7, but will be complemented to an extraordinary high extent by funds from the infrastructures' own budgets and other third party sources.