Lasers with asteroids in their sights 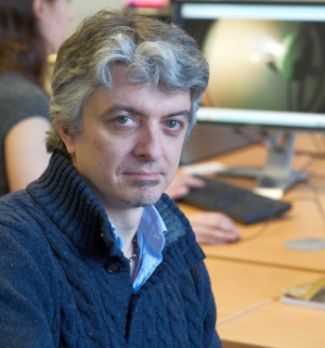 Strategies for deflecting or destroying an asteroid that is on course to threaten the Earth have featured in several science-fiction stories. But since the chance of such as event eventually occurring is more of a probability than a possibility, discussions about the available courses of action to take are a regular political reality too.

Now a team at the University of Strathclyde led by Massimiliano Vasile has proposed using a number of space-based laser sources to steadily ablate and deflect an incoming asteroid.

Although the technology to do so is not as yet fully developed, the team has faith that the approach is a valid and promising avenue to pursue. Vasile commented that both the European Space Agency and the EU are investigating high-power space-based lasers, and the individual solutions required to implement the defensive system he describes are near-term technologies.

"The use of high-power lasers in space for civil and commercial applications is in its infancy, and achieving high levels of power, efficiency and beam quality all at the same time is one of the main challenges," said Vasile. "But it is not that great a leap. Most of the required elements are already here, or are advancing fast."

Solar-powered laser platforms
The Strathclyde proposal envisages a number of small satellites acting in concert, each with its own laser source, and each powered by its own solar array.

This approach, if it could be fully realized, has the advantage of being scalable to meet different levels of threat, and should make it easier for the total laser output to reach the levels needed to realistically ablate the surface of an asteroid. It would also avoid the difficulties involved in firing a suitable laser from the surface of the Earth, through the atmosphere.

At present the level of coordinated control required for such a satellite swarm is beyond the state-of-the-art, but Vasile believes that the technology will soon be available.

"Efficiency and beam quality are the key laser parameters for ablation of the rock that makes up an asteroid," said Vasile. "This is theoretically feasible, and indeed practically feasible for low powers; but still a challenge for high power levels. That is why we propose to use a swarm of kW-power lasers, rather than a single MW-power source. We would like to have a total laser efficiency around 60 percent, with beam quality sufficient to hit a 10 cm spot from 1 km distance, and an output power between 5 and 20 kW."

According to the theory, the ablative action of such a laser would provide a continuous low thrust against the asteroid, and could deflect it away from a potentially threatening trajectory. This low-thrust approach requires a longer period of time to take effect that other, more drastic, anti-asteroid measures, such as propelling a kinetic impactor or entire satellite into the incoming body to alter its path. None the less, Vasile can see the advantages of the laser approach.

"By no means would I say that this is the ultimate solution, but I like the laser idea," he said. "I started out being very skeptical, but after studying the concept I feel I should be less doubtful. However, there are many other deflection techniques out there, and some of them are equally valid."