Tear-down by chipworks.com finds the Apple is using the same 5 megapixel back-illuminated sensor as in its iPhone 4. 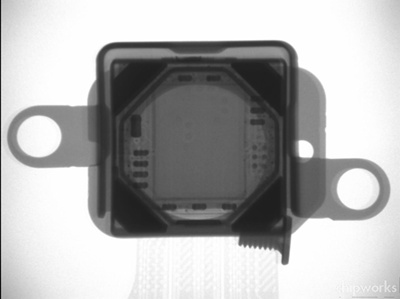 With Apple’s new iPads flying off of the shelves, the first tear-downs of the new “must-have” item for techno-hipsters have found that OmniVision has won key design slots for image sensor components.

chipworks.com says that the main camera in the model that it brought back from the Ottawa branch of Best Buy featured the same 5 megapixel back-illuminated CMOS image sensor that Apple designed into its iPhone 4.

Omnivision’s OV5650 component, which offers a pixel size of 1.75 µm to support 1080p high-definition video at a frame rate of 30 frames per second, fills that slot. Another device from the US firm was also found in the secondary image sensor, this time a 0.3 megapixel OV297AA previously seen in the iPad 2 and iPod Nano music player.

“Yet again, Apple is recycling as many devices as they can to produce this new iPad,” wrote the Canada-based chipworks.com staff in their initial blog post on the topic. “This is a very smart technique that keeps their costs and technological risks low. Apple would have placed large orders for this camera to build the iPhone 4 and now again for the new iPad so hopefully they are leveraging these volumes to get a low unit price per camera.”

The fact that Omnivision is designed into those two slots does not necessarily mean that the firm is the only provider of image sensors for the new tablet. Last year, the same tear-down team found that Sony was supplying 8 megapixel sensors for the iPhone 4S, and dual-sourcing the key components is not unusual.

But the design win should help to boost OmniVision after the California-based company posted a sharp drop in revenues in its latest financial quarter. The firm’s management said that it had seen strong market pull for its sensors from the tablet sector recently, with VP of worldwide sales Ray Cisneros anticipating a “real surge of demand” from tablet applications in the current quarter.