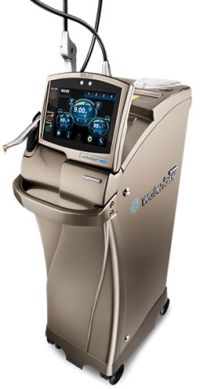 Biolase, the California-based developer of dental laser systems with additional interests in ophthalmology and imaging, posted a net loss for both the fourth quarter of 2011 and the full year, but pinned the cause squarely on a tangled relationship with its own distributor.

Sequential profitability took a hit nonetheless, with quarterly losses slipping from $953,000 in Q3 2011 to $2 million for the fourth quarter. A net loss of $4.4 million for 2011 compared relatively favorably with the $12 million loss posted for 2010.

The company's figures, and most of the subsequent briefing to analysts by CEO Federico Pignatelli, were dominated by the business relationship between Biolase and distributor Henry Schein, which took a turn for the convoluted once Biolase announced plans to adopt a direct distribution model for some of its products.

In Pignatelli's view: "Our planned launch of WaterLase MDX systems in the fourth quarter would have made some of the market for our older WaterLase MD Turbo systems obsolete. This seems to have triggered a more determined selling effort by our former distributor Henry Schein to clear its large inventory of MD Turbo product, causing intense competition that disrupted the market place during the quarter."

This sales push resulted in the sale by Henry Schein of roughly 180 systems during the fourth quarter at either close to or below cost price, including 120 in December 2011 alone, according to the Biolase CEO. Such a quantity of product hitting the market created unforeseen challenges to the Biolase sales force and resulted in a lower than expected level of sales.

"Henry Schein had to take a business decision," commented Pignatelli diplomatically. "We think they decided to just cash in their inventory."

Buy-back of equipment
Biolase has responded by buying back what remained of Henry Schein's inventory of MD Turbo systems, "at a fraction of the original cost paid by Schein, and paid for largely by funds currently owed to Biolase by Schein for purchases of consumables and equipment in Q4 2011 and Q1 2012 in the normal course of business," said Pignatelli. "We are very pleased with this outcome, which will create a wide open market for our sales force once again. We have cleared out a fundamental problem."

Henry Schein will continue to distribute and support Biolase's entry-level iLase system, and Pignatelli said that relations between the two companies were not at all antagonistic. "The good news from this is that many more dentists have joined the Biolase family, and they will continue to be our customers in the future as they purchase consumables and upgraded lasers, and expand their practices."

However, the immediate damage to Biolase's bottom line led to it missing its previously announced guidance, a situation which the CEO described as "not tolerable."

With distribution issues now hopefully clarified, Pignatelli pledged a new effort by the company to meet its guidance in the future.

"Biolase's turnaround through 2011 was quite an accomplishment," he commented. "We continue to expand our offerings of internally developed dental lasers and, as a distributor, of imaging devices, while strengthening our intellectual property and patent portfolio in other areas of medicine, including ophthalmology, orthopedics, podiatry, aesthetics, and pain management."

• Biolase has declared a one-half percent stock dividend payable to stockholders on March 30th 2012, and adopted a two percent annual stock dividend policy for 2012. Federico Pignatelli receives an annual salary of $1 as Biolase CEO, an arrangement which will continue.