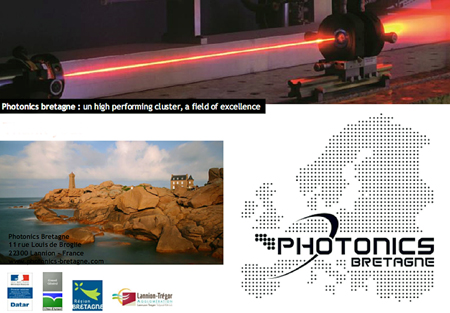 Photonics Bretagne - the newly established photonics research and industrial cluster – has brought together 42 corporate and research member organizations across the North West of France.

Historically this region, which encompasses the main photonics poles of excellence of Brest, Lannion and Rennes has had strengths in fiber and optical telecoms research but now the new group is working in many diverse optical disciplines.

The cluster, launched at the end of 2011, but gradually revealing itself to the global industry at Photonics West and at other European and upcoming Chinese industry events – has a strong commercial focus as well as substantial R&D resources.

David Méchin, general manager of Photonics Bretagne, who is also a key research scientist at Perfos, which is the cluster’s associated research organization in Lannion, from his office in rue Louis de Broglie told optics.org, “Perfos was the predecessor to the new cluster but it was really just a research platform for developing custom fibers and only involved some local partners around Lannion. Photonics Bretagne covers the four departments west of Normandy and has a wide range of industrial companies, R&D centers and schools and support agencies.”

"The main corporate members are Keopsys, Oxxius, Ixfiber, Kerdry, Yenista and Quantel , which all exhibited at the recent Photonics West expo under the new Photonics Bretagne banner. We also have some large associate members in DCNS (Toulon) and Thales Underwater Systems (Sofia Antipolis), which although not based in Brittany have strong connections to the region.“ 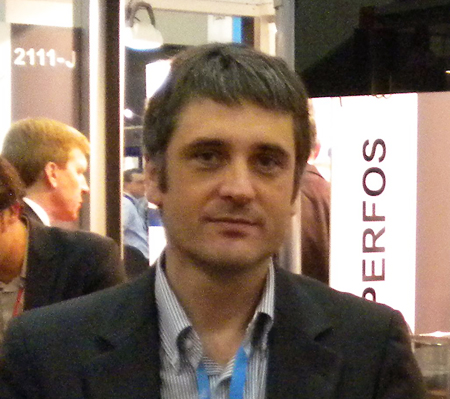 ”With the new structure, Photonics Bretagne will be more ambitious and we expect to become the one-stop-shop for photonics in Brittany, increase the visibility and commercial potential of our members and above all generate growth for our business partners.”

Besides the historic focus on fibers and their applications and communications technologies, other Brittany cluster member companies and organizations are also focused on developing new lasers, sensors and offering consultancy services:

Excellence in photonics in Brittany originated from the development of large groups working in the telecoms industry, such as Orange Labs and Alcatel, in the 1980s in Lannion. Academic research labs and schools specializing in related fields have also emerged over the past 30 years in the region. Many new startups were then created and some soon became global players.

The potential of Photonics in Brittany was supported by local government, which helped to create the research association Perfos in 2003. This technology platform is dedicated to the research and development of specialty optical fibers and works in close collaboration with universities and industries towards the development of new fibers and fiber-based components. Perfos is now the R&D platform of the cluster and continues to design and fabricate specialty microstructured fibers, both in silica and chalcogenide.