Austrian researchers show that an advanced form of the spectroscopic technique can detect explosive materials inside containers from 100 meters. 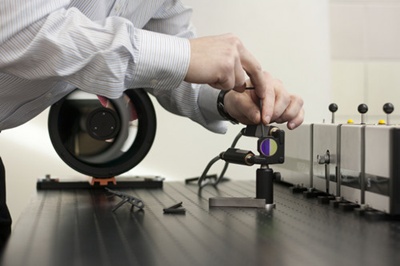 Scientists in Austria have found a way to extend a Raman spectroscopy technique so that it can detect signs of explosive materials inside opaque containers from a distance of more than 100 meters.

Bernhard Lendl and his co-workers at the Vienna University of Technology have adapted an approach known as “spatially offset” Raman spectroscopy (SORS), which was first developed by Pavel Matousek at the UK’s Central Laser Facility (CLF).

According to Lendl, SORS has so far only proved useful at relatively short ranges, with the sample to be analyzed needing to be placed close to the laser used to generate a detectable Raman signal. But by using a nanosecond-pulsed laser, and gated detection via a telescope, the Vienna team has shown that it is possible to detect those signals from much further away.

Raman is a powerful technique for chemical detection, because Raman-shifted scattered light effectively comprises a molecular “fingerprint”, allowing for specific chemical identification. But a Raman signal is typically very weak, and can easily be hidden by other effects, in particular fluorescence. For samples inside containers, this is a big problem, because usually the signal from the sample will be swamped by “noise” from the container.

SORS ‘sees’ inside opaque containers
The main advantage of SORS over conventional Raman spectroscopy is that SORS can identify chemicals inside containers, even if they are opaque or fluorescent. The trick is that although the main signal produced when a laser is aimed at a container is that of the container itself, some of the laser photons are scattered inside, to a depth of several millimeters.

Further scattering within the container (via a random walk) produces a weak Raman signal from its contents, which can then be detected by collecting photons from a position adjacent to the laser spot (rather than from the spot itself, as it normally the case). Thus by collecting these spatially-offset photons, the material inside the container can be identified.

SORS has proved so successful that Cobalt Light Systems, a spin-off from the CLF, now has a commercial instrument based on the technique that is undergoing extensive trials at European airports, with a view to using the technology to screen liquids at security checkpoints.

In Europe, airline passengers are currently banned from taking liquids of more than 100 millilitres onto aircraft in their hand luggage. The regulation could be relaxed next year, although only if a highly reliable screening system can be implemented in time.

Airport security clearance
SORS could be that method - just a month ago, Cobalt said that its INSIGHT100 SORS bottle scanner had exceeded the European Civil Aviation Conference (ECAC) standard for use at airport security, with “almost perfect” detection capability and a negligible false alarm rate. The system screens individual bottles in less than 5 seconds, and is currently in trials at several major European airports – suggesting that Raman spectroscopy could be in line for a major commercial deployment.

“It is a great achievement to have exceeded the European standards at this stage so that we are in a prime position to supply this unique bottle screener to European airports,” said Paul Loeffen, Cobalt’s CEO.

In a research paper published in the journal Analytical Chemistry last year, Lendl’s team showed how the contents of an opaque plastic container could be analyzed by SORS from several meters away, while they claim that the approach works at a stand-off distance of more than 100 meters.

In their latest work, the team used a Q-switched Nd:YAG laser from the Lithuanian company EKSPLA to deliver 4.4 ns pulses at a rate of 10 Hz to sample containers, and a 6-inch Schmidt-Cassegrain telescope from the well-known US astronomy equipment specialist Celestron to collect the RSORS signal. 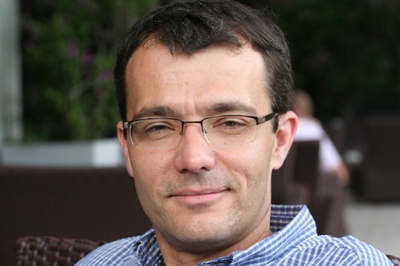 This setup could detect sodium chlorate inside a white plastic container at a stand-off distance of 12 meters, with the sodium chlorate signal clearly visible at spatial offsets up to 22 mm – at which point the Raman signal generated by the container plastic had virtually disappeared.

Because the container’s own signal decreases so much more quickly than that of the sodium chlorate inside, it is possible to identify what is inside the container without any prior knowledge.

Regarding the potential speed of the technique, Lendl believes that it will be possible for stand-off SORS to produce positive identification within one minute.

The current EU-funded research included the Spanish Guardia Civil as a partner, who are said to be “extremely interested” in the technology, but Lendl says that he has no commercialization plans at this stage.