Milestone signifies the emergence of silicon photonics as the next-generation interconnect with 10 Petabits of transceiver bandwidth shipped. 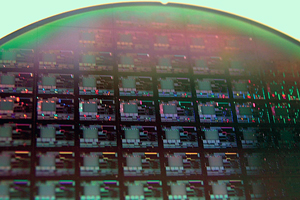 Luxtera, a leading developer and supplier of silicon CMOS photonics, has announced that it has shipped its one-millionth 10 Gbit channel device.

The company added that its achievement further signifies the emergence of silicon photonics as the next generation interconnect solution - with a cumulative total of 10 Petabits of transceiver bandwidth shipped.

“The announcement today is an important milestone for the optical industry, Silicon CMOS Photonics can no longer be characterized as the technology of the future, it appears it is ready to be front and center as the technology of today,” commented Brad Smith, VP and industry analyst at LightCounting.com, a firm that specializes in high-speed interconnect market research.

Luxtera is a leading IP provider and supplier of silicon CMOS photonics and claims to be the only provider of silicon photonics devices shipping in “significant commercial volume”. This technology continues to be a driving force that supports growing bandwidth demands of equipment in HPC, next-generation datacenters and cloud computing.

Silicon photonics offers a reliable, low-cost yet high-performance solution as opposed to traditional technologies such as vertical cavity surface emitting lasers (VCSELs). Recognizing its benefits, silicon photonics continues to be the focus of many research labs and universities, most notably at IBM and Intel.

The technology has made news recently as the enabling building block in the race for building computers at an “exascale” (10 byte) level.

Chris Bergey, vice president of marketing at Luxtera, further commented of this achievement, “The number of channels shipped is impressive, but even more impressive is that this milestone was achieved in a market that is cost-sensitive and the competing solution was often a VCSEL-based cable.

”Our announcement of shipping 10 Petabits of Silicon CMOS Photonics links is the culmination of a vision that the company’s founders and investors dreamed of almost eleven years ago. Fortunately, this milestone is only the tipping point of what we see ahead in the opportunities for silicon photonics and Luxtera itself. We plan to leverage our silicon photonics IP portfolio and expertise into a much larger scale, going forward.”