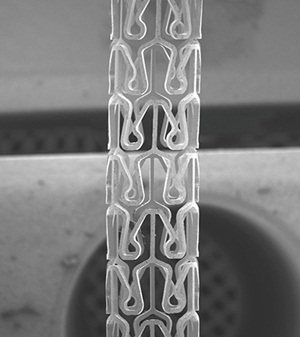 Following its recent major restructuring and plan to eliminate twelve facilities, GSI has been seeking a purchaser of the laser systems business for several months. Han’s, which sells systems for use in a wide range of manufacturing applications, acquires the Baublys and Control Laser brands through the deal.

However, the Chinese firm did not buy the related laser systems facility in Orlando, and that building will now be sold off separately, with GSI hoping to raise another $6 million through the sale.

GSI revealed brief details of the transaction as it announced a slowdown in sales during the third quarter of fiscal year 2012. For the three months that ended September 28, the Massachusetts-headquartered company posted sales of $69.5 million – down 12% from the same period last year.

Following the extensive restructuring efforts, the company was nevertheless able to report a pre-tax profit of $2.6 million, at least before the $4.5 million cost of discontinued operations was accounted for.

John Roush, GSI’s CEO, commented: “We are very pleased to announce the completion of our divestiture of the laser systems business line. This is another step in our ongoing transformation of GSI to focus on precision components in higher growth markets, with an emphasis on medical applications.”

Growth areas
Outlined previously by Roush, the intended move into components for medical applications is just one element of a three-pronged strategy that is designed to realign GSI with high-growth markets.

The other major focus areas include fiber lasers, where GSI’s JK Lasers subsidiary has quadrupled sales year-on-year thanks to the launch of kilowatt-class sources – albeit from a very small base. In the third key focus area, laser scanning solutions, GSI reported a 23% revenue increase from the same period last year.

Aside from selling its semiconductor systems business, the last major restructuring activity for GSI currently is to consolidate the entire laser scanners business inside its corporate headquarters in Bedford, MA. That process has already begun, while GSI also closed its Californian optics manufacturing facility in the latest financial quarter.

Former Philips Lumileds COO Matthijs Glastra has been hired as the firm’s new group president of laser products, and according to a GSI filing with the US Securities & Exchange Commission (SEC) will pick up a base annual salary of $380,000.

With ongoing macroeconomic worries and weak spending across the semiconductor industry, Roush predicted that GSI would witness another sales decline in the closing quarter of the year, with expected revenues of between $65 million and $67 million.

* Update (November 9): GSI Group VPs Deborah Mulyran and Peter Chang, as well as precision motion group president Jamie Bader have not left the company, as was initially reported here. optics.org apologizes for the mistake and any confusion caused.