In all, the defense contractor is eliminating 150 positions, 14% of the workforce, at its Laser Systems facility in Apopka.

In a blow to the photonics community in central Florida, one of the key locations for development of the technology in the US, Northrop Grumman is to lay off 150 employees from its Laser Systems facility in Apopka, near Orlando.

The site specializes in producing electro-optical targeting systems for military applications, and in October 2008 won a contract worth $128 million from the US Army to provide lightweight laser designator rangefinder systems. 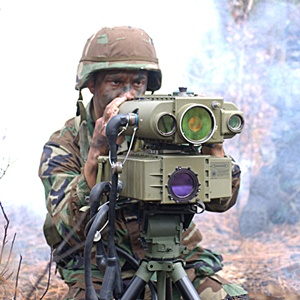 But with the changing political landscape in the US, the Department of Defense is now looking at ways to cut its budget by tens of billions of dollars. Northrop Grumman appears to have acted in anticipation of a slowdown in demand for the kinds of equipment produced in Apopka, with company spokesperson Yolanda Murphy telling optics.org:

“In November 2010, the company announced plans to eliminate an estimated 150 positions at its Laser Systems business unit in Apopka, Florida, by early March of 2011, due to a lack of engineering, manufacturing and related work to support the existing Laser Systems workforce going forward. That process is ongoing.”

Murphy confirmed that 60 people had already left the Apopka operation voluntarily, with the remaining 90 positions set to be terminated by mid-March. “We expect the identification and notification of all affected individuals or positions to be completed by late February,” Murphy said.

Northrop Grumman’s Laser Systems unit is regarded as one of the world’s leading producers of electro-optical targeting systems, with products including hand-held, portable and vehicle-mounted systems for target location, as well as laser designator systems that are used to guide smart bombs.

The decision by Northrop Grumman will come as a blow to the local photonics community, which is a major employer in the area. The region is home to the College of Optics and Photonics at the University of Central Florida (CREOL), and the Florida Photonics Cluster in Orlando lists around 40 member companies and organizations – including major names such as Jenoptik Optical Systems and L-3 Communications’ laser systems division, as well as Northrop Grumman Laser Systems.