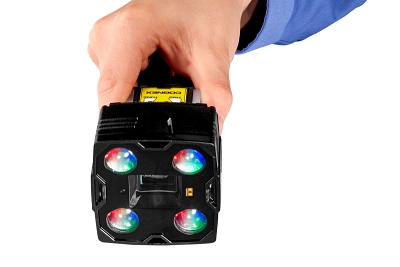 Cognex says that a serious fire at its primary contract manufacturing partner’s facility in Indonesia destroyed a large portion of its component inventory, forcing it to write off assets worth $45 million.

Addressing investors during a conference call to discuss the machine vision firm’s latest quarterly results, CEO Robert Willett said that the impact of the fire would also hit sales in the September quarter - to the tune of $80 million.

Of that total, $20 million of sales are thought to be unrecoverable, with the remaining $60 million set to be realized at some point in the future.

Compounding that challenge, said Willett, was a slowdown in demand from the logistics market, where after two years of heavy spending on automation driven by the surge in online shopping during the pandemic, the firm’s largest customer is now postponing investments in new fulfillment centers.

“The further headwind in logistics is that projects are taking longer to implement and are being delayed because customers and integrated partners are having difficulty sourcing parts,” added the CEO.

Indonesia fire
Cognex had initially reported the fire, which happened June 7, in a US Securities & Exchange (SEC) filing the following day, noting that “a significant portion of Cognex’s products” were manufactured by the contract partner in Indonesia. The same site housed both finished and unfinished goods, component inventories, and equipment used to make Cognex’s products.

Updating investors on developments since then, Willett confirmed that most Cognex products are manufactured at the affected site.

“Thankfully, no one was injured,” he said, adding that the company’s area on the production floor and the Cognex-specific manufacturing equipment was largely unaffected.

“However, a significant portion of our component inventory was destroyed,” Willett noted. “As you can imagine, this is a serious situation because these components touch many of our products.

“As we’ve all seen over the past year, in everything from cars to video game consoles, the unavailability of one chip in an otherwise completed assembly can hold up a customer delivery until it’s sourced. Our top priorities currently are to support customers and source supply.”

Those measures include transitioning customers to “next-generation” Cognex technology for older products containing chips that are hard to replace.

“We’re also redesigning products with alternative chips that are easier to procure,” the CEO continued. “I’m communicating directly with CEOs at many of our major suppliers, and I’m grateful they are prioritizing our component shipments.”

Insurance coverage
Because the fire happened relatively late in the second quarter, revenues for the period were largely unaffected. Cognex posted sales of $275 million for the three months ending July 3 - up very slightly on the same period last year.

And while the company is expecting its insurance to recover $27.5 million relating to the fire damage, the shortfall of $17.4 million was recorded as a net charge for the June quarter on the Cognex balance sheet.

“We believe the brunt of the business disruption from the fire will be in the third quarter,” noted Willett. He and the Cognex management team are now expecting revenues of between $160 million and $180 million for the third quarter - fully $130 million lower than what they would have been expecting just a few months ago.

On top of the anticipated $80 million fire impact, the slowdown in logistics and project deferrals has dampened the outlook by another $50 million, while margins will be squeezed by the need to procure key parts at short notice.

“We believe we’ll be paying premium prices to brokers for scarce components into next year,” Willett said.

Asked about the wisdom of keeping so much of its inventory at a single contractor’s site, the CEO added: “We all wish we had been further down the road of diversifying our manufacturing footprint and our warehousing of component inventory.

“I think we were on the right track. We weren’t just far enough down the right track when this happened. [But] we’ve learned quite a lot from what’s happened in terms about how we can make our supply chain more robust with improvements and diversification.”

• Following the update, Cognex’ stock price fell in value slightly on the Nasdaq. Now trading at around $48, shares in the Massachusetts firm are down from the all-time high of $92 reached just over a year ago.