NIST upgrades instruments to calibrate US scales for light measurement 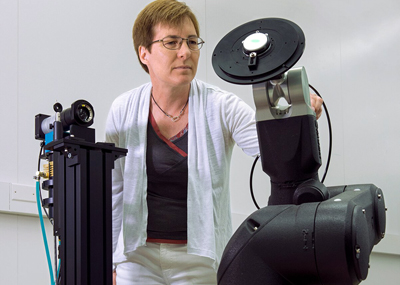 The U.S. National Institute of Standards and Technology (NIST) has completed significant upgrades to two key instruments serving what the agency calls “critical national needs”. The devices measure the properties of light as it is reflected from a surface or transmitted through a sample material.

Together they are are at the core of NIST’s ability to set and maintain official U.S. scales. They allow operators of reflectance and transmittance instruments to calibrate their equipment by comparing their measurements against an authoritative source – to ensure that different devices produce comparable data.

NIST maintains the national scales in the near ultraviolet (UV, wavelengths above about 250 nm, visible (400 to 700 nm), and the near- and short-wave infrared (IR, up to about 2400 nm) spectral regions. Dissemination of those scales — along with improvement in metrology traceable to the SI, support of U.S. defense labs, and coordination with national metrology institutes worldwide — are major aims.

NIST is a world leader in measuring these effects through the science of reflectometry. One important example is the newly upgraded, state-of-the-art Robotic Optical Scattering Instrument (ROSI) in NIST’s Physical Measurement Laboratory, in Gaithersburg, MD. Its capabilities are described in detail in Applied Optics.

ROSI can measure reflection from both specular (mirror-like) and diffuse (rough surfaces that spread out reflected light) samples. It has an angular range of 0 to 80deg for both illumination and viewing. One exceptional feature of ROSI is its ability to measure at out-of-plane viewing angles.

“One of our longest-running customer relationships,” said Patrick, “is with NASA’s Diffuser Calibration Laboratory. Earth-observing satellites for applications like climate monitoring use a diffuse reflector called a solar diffuser to help calibrate the response of their cameras to different colors reflected by scenes in images of the Earth.

“NASA relies on ROSI calibrations to ensure the accuracy of the reflectance values assigned to the solar diffusers. It has been estimated that a conventional weather satellite can cost between $3 billion and $5 billion to develop and launch, so accurate measurements of all the satellite components are critical.”

ROSI has been in continuous development and improvement since 2013, taking over many of the measurement tasks formerly accomplished by NIST's aging STARR instrument—still in use for hemispherical reflectance measurements. A shorter-wavelength light source has been added to ROSI. The original source could provide tunable light to a sample down to about 430 nm (visible deep violet). The new source extends the range to 250 nm in the UV. One reason is the need for reflectometry of UV sources used in germicidal applications. 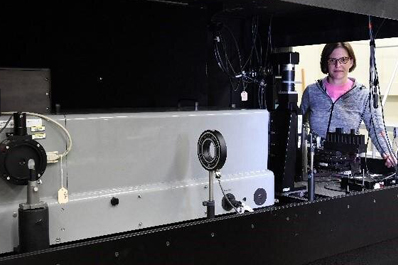 NIST researchers have also improved their ultraviolet light transmittance calibration service. Thanks to a lab upgrade, they have achieved a 70% reduction in uncertainty, as well as halving the measurement times.

“These upgrades have made it possible to make more customer measurements on our reference instrument,” said NIST's Catherine Cooksey, referring to the main apparatus that NIST scientists built which makes measurements that are traceable to the SI, the international system of units used as the world standard.

NIST transmittance calibrations, which assess the amount of light of different wavelengths passing through an object, are performed for customers who work with materials that filter light. These include glass manufacturers trying to optimize coatings for windows, or people building remote sensing instruments who rely on light filters, as well as pharmaceutical companies and military standards laboratories.

Indirectly, these measurements support myriad uses on a consumer level. For example, police officers might use a commercial transmittance sensor—traceable to NIST or another national metrology lab – to test how much light is passing through a tinted car window, to determine if the window is in compliance with local laws.

So what did Cooksey and her colleagues change about their set-up to allow them to improve their UV measurements? To calibrate a sample, NIST staff use a UV source that is “broadband,” meaning it produces many wavelengths of light. That light then goes through a monochromator, a series of gratings and mirrors that allows NIST staff to select a single frequency. The light then travels through the customer's sample before hitting a detector that tells the scientists what passed through the glass.

One issue with the old UV calibration system was that it used a deuterium lamp as its source. The deuterium lamp produced a fairly weak UV beam, which reduced the size of the signal the researchers could achieve. So Cooksey and colleagues replaced it with a more intense source, a laser-driven light source (LDLS), which uses a high-power laser to induce a gas-filled bulb to emit broadband light.

But the LDLS, though it gave the team more light to work with, was unstable: The amount of UV light fluctuated over the course of just a couple of minutes. Scientists solved this problem by adding a monitor line that could measure the light coming out of the monochromator in real time. A change in measurement protocol also allowed the team to complete these calibrations twice as fast.