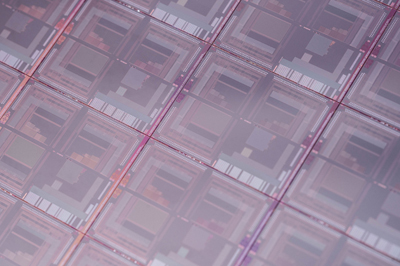 The imec team says the development process – based on a monolithic approach – promises “an order of magnitude” gain in fabrication throughput and cost compared to processing today’s conventional IR imagers, while at the same time enabling multi-megapixel resolution. IR imagers are used in a wide variety of applications, and imec’s new technology greatly extends their possibilities, including surveillance, biometric identification, virtual reality, machine vision, and industrial automation.

To date, infrared image sensors are produced through a hybrid technology, with the crystalline semiconductor detector and the electronic readout being fabricated separately and then interconnected at pixel or chip periphery level.

Imec notes that this approach is both expensive and time-consuming, with a low throughput, "resulting in sensors with a restricted resolution that often require cooling to reduce the signal noise under dark conditions." So researchers have been investigating various monolithic approaches. imec believes its new approach "paves the way to high-resolution, low-cost, wafer-based SWIR imagers."

imec's latest infrared imagers consist of a novel thin-film photodetector pixel stack based on quantum dots deposited directly on top of an electronic readout. They are manufactured in a monolithic process compatible with wafer-based mass production.

The pixels embed new high-performance, low bandgap quantum dot materials that match or even surpass the performance of inorganic light absorbers. The stacks can be tuned to target a wavelength spectrum from visible light (400nm) through to 2µm. 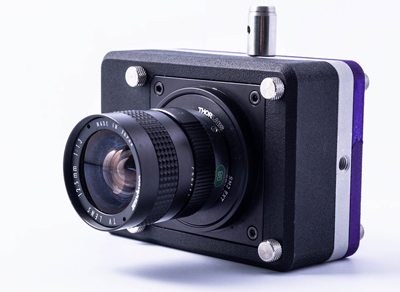 New sensors can be integrated in camera modules with standard or SWIR lenses.

Test photodiodes on silicon substrate achieve an external quantum efficiency above 60% at 940nm wavelength, exceeding the state-of-the-art, and above 20% at 1450nm, allowing for uncooled operation with dark current comparable to commercial InGaAs photodetectors. The prototype imager has resolution of 758 x 512 pixels and 5µm pixel pitch.

“Our imagers could be integrated in next generation world-facing smartphone cameras coupled with eye-safe light sources, enabling compact sensing modules for augmented reality. In inspection, they could be used for food or plastics sorting, and in surveillance for low-light cameras with better contrast. Additionally, by enabling feature distinction in bad weather or smoke, one can envision firefighting applications and advanced driver assistance systems.”

Looking ahead, imec says it is aiming to develop a wafer-level NIR and SWIR image sensor technology and technologies for companies with a roadmap in innovative image sensors, cameras and smart imaging applications. The current SWIR photodetector is the result of several collaborations, including the Flemish VLAIO-SBO project MIRIS (IWT/150029) with academic partners Ghent University and University of Hasselt, and Flanders based companies active in imaging technology.