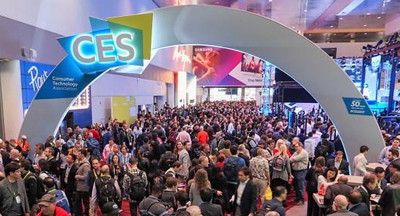 This week, eleven EPFL startups are at CES 2019, in Las Vegas, to present their technologies – many photonics-related – at the Consumer Electronics Show.

Presence Switzerland, which promotes Swiss interests abroad, has this year teamed up with Switzerland Global Enterprises and other organizations, such as Innosuisse, Digitalswitzerland and Swissnex, to put together a dedicated pavilion for around 30 Swiss startups.

"Globally, Switzerland still is not yet recognized enough for its tech and digital industries, even though we're one of the pioneers in drone technology and our companies are some of the most innovative in this field," commented Nicolas Bideau, the head of Presence Switzerland.

EPFL laboratories, with its presentation of drones, control systems, 3D image-processing software and health microchips, is well-represented at Eureka Park, the CES show’s dedicated startup arena in Las Vegas, designed for the launch of new products. 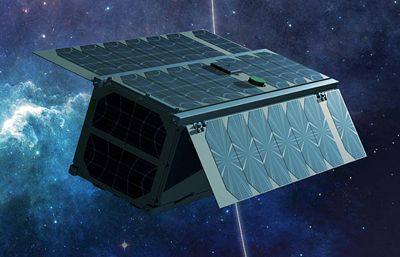 Astrocast is building a network of low earth orbit nanosatellites for IoT access.

”Instead of using DC bias, the DPD operates at pulsed voltages: the applied voltage is switched from reverse to forward bias. This forward bias induces a large forward current after a time delay, so called triggering time, which depends on the light intensity. This way, we measure the delay time of the large forward current instead of the small photocurrent magnitude. The absence of an amplifier and its associated noise provides a great improvement in the device performance.“

Astrocast is building a network of leading-edge nanosatellites in low Earth orbit to provide cost-effective access to the Internet of Things. This is designed to offer global coverage including for remote areas on land, oceans and mountains.

The company states, “satellite communications to the 90% of the world not covered by cellular systems used to be expensive. Not anymore with Astrocast. With our network, we can help you cost-effectively manage your truly remote connections and maybe even help you change the world.”

Creal 3D develops special glasses to circumvent the problem of a fixed focal distance with existing virtual- or augmented-reality headsets. With Creal 3D's glasses, wearers perceive virtual objects in accordance with their optical depth so that closer objects appear sharper than distant ones, for example.

Imverse is a 3D-graphics company and EPFL spin-off, which is developing software tools and solutions working in virtual reality for content creators making 3D experiences.

Its recently launched software works like a photo editor for creating and modifying a virtual reality environment; its secret is a 3D rendering engine that uses voxels (3D pixels) that can be employed in other applications, such as representing real people.