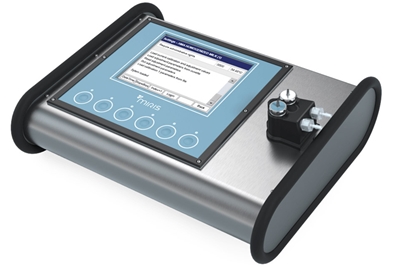 A company in Sweden is set to launch its infrared analyzer for human breast milk in the US, after the Food & Drug Administration (FDA) cleared the device for marketing.

Miris’ Human Milk Analyzer (HMA), which measures the energy and macronutrient content of milk, is said to give reliable results inside a minute. It is aimed at pre-term babies in particular, so that they can be fed with an individual and optimized combination of fat, protein, and carbohydrate.

The portable device uses mid-infrared transmission spectroscopy to carry out the analysis, and already has clearance in Europe, Japan, and Indonesia.

The HMA manual explains that the instrument is based around a sample cuvette with calcium fluoride windows that is placed between a broadband infrared emitter and a four-channel photodetector. A series of filters is designed so that only mid-infrared wavelengths known to be absorbed by fat, protein, and carbohydrate molecules are monitored.

The specific wavelengths involved include 5.7 µm, which relates to chemical bonds in fat molecules, 6.5 µm for protein, and 9.6 µm for carbohydrates.

FDA officials said that the technology would provide healthcare professionals in the US with a new tool to aid in the nutritional management of newborns and young infants at risk for growth failure due to premature birth, or other medical conditions.

Nutrient optimization
Courtney Lias, director of the FDA’s division covering chemistry and toxicology devices, explained in an administration statement: “Breast milk provides many health benefits to infants, and for many babies it can meet their early nutritional needs. But some infants – including those who may be born pre-term or have certain health conditions – may need additional nutrients in order to support their optimal growth.

“For the first time [in the US], doctors have access to a test to help analyze the nutrients in breast milk. While this test is not for everyone, it has the potential to aid parents and healthcare providers, mainly in a hospital setting, in better assessing the nutrient needs of certain babies who are not growing as expected.”

FDA personnel reviewed data from 112 samples of human milk analyzed with both the Miris HMA device and using independent methods, finding that both systems provided similar results for each test.

“The data showed that the Miris Human Milk Analyzer test was effective at determining levels of protein, fat and carbohydrate in the milk,” they reported, adding that there may be conditions that limit that information. One is that certain medications being taken by a nursing mother might interfere with the test's accuracy.

Miris said that “years of hard work” had gone into gaining FDA approval for the device. Headquartered in Uppsala, the company was founded in 2001 and has been traded publicly on the Swedish stock market since 2006. Initially, the technology was aimed at analytical applications in the dairy sector.