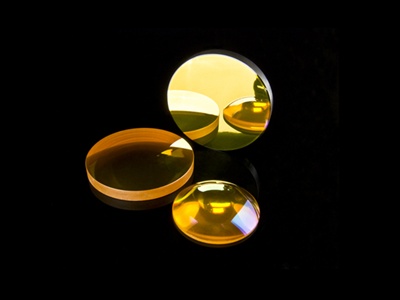 Rocky Mountain Instrument (RMI), the Colorado-based manufacturer of optical components and laser assemblies, is to pay $1 million to the US federal government to finally settle all charges relating to its violation of International Traffic in Arms Regulations (ITAR) export controls.

The settlement, which brings the case to a close following a three-year investigation, is closely linked to RMI’s recent emergence from bankruptcy protection. RMI filed for Chapter 11 protection in June 2009, impacted badly by both the economic downturn and the uncertainty caused by the ITAR investigation.

RMI’s plan for reorganization was approved by the US Bankruptcy Court on October 15. According to CEO Stephen Hahn, both RMI and its affiliate RMI Laser, which makes laser marking systems and did not file for Chapter 11 bankruptcy, have performed strongly in recent months, enabling the successful reorganization. Following the final settlement of the ITAR case, Hahn said that the company plans to repay all of its creditors in full when the plan becomes effective on November 15.

“Many thanks to our employees and customers, who demonstrated their unshakable commitment to RMI and helped us pull through a very critical time,” Hahn said. “We are happy to be able to honor all of our commitments to creditors, who have supported us throughout the years.”

RMI, which provides a wide range of optical components – including CO2 laser optics, filters, ultraviolet optics and custom designs – is headquartered in Lafayette, Colorado, with subsidiaries in Korea and Russia. It was exports of optical components to those two countries, along with China and Turkey, without authorization from the US Department of State that prompted the ITAR case.

Guilty plea
In June 2010, RMI issued a guilty plea to criminal charges brought by the Department of Justice (DOJ) under the Arms Control Export Act. Specifically, those charges covered exports of prisms and technical data related to optics used in military applications. RMI was sentenced to a $1 million fine and five years on probation.

The latest $1 million fine is in addition to that criminal sentence, and relates to civil charges made under the False Claims Act. The civil charge alleged that RMI caused defense contractor customers to illegally export technical data used to manufacture parts employed in military equipment that the contractors then sold to the Pentagon.

According to lawyers, this is the first time that the False Claims Act, which is primarily intended as a way for so-called whistle-blowers to alert the US government about false claims for payments made by private companies, has been used in connection with ITAR violations.

"Laws and regulations governing the sale, export and transfer of defense articles and defense services are an integral part of safeguarding U.S. national security," said Philips & Cohen attorney Claire Sylvia, who was involved in the RMI case. "The submission of claims for payment while knowingly violating these important national security protections violates the False Claims Act."

RMI, which fully co-operated with the DOJ’s three-year investigation, has since reviewed its export control compliance system so that it meets or exceeds the required standards. “We took substantial remedial measures, implemented new controls and are now conducting operations at RMI as a model in this industry,” said Hahn.